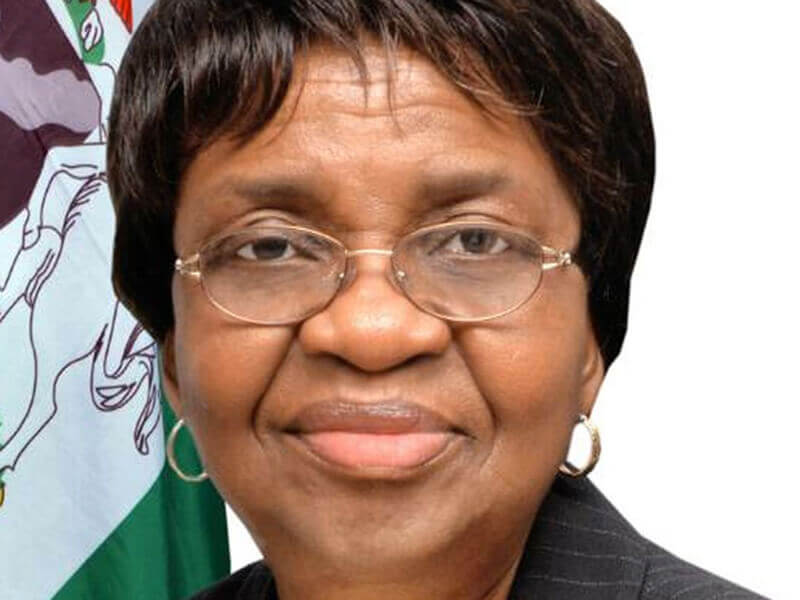 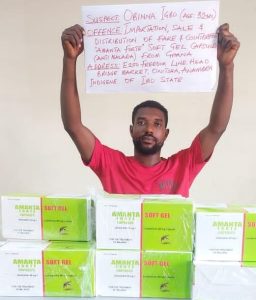 The National Agency for Food and Drug Administration and Control (NAFDAC) says it has arrested one Obinna Igbo,  for allegedly importing a fake malaria drug, Amanta Forte.

The arrest of the suspect, a 32-year-old businessman was made known in a statement signed by the agency’s resident media consultant, Mr Olusayo Akintola, on Monday.

Akintola said that the suspect, who imported the unregistered product, had also been arraigned before Justice Tijani Ringim of a Federal High Court in Lagos on a four-count charge.

It was revealed that the accused person sold the fake drugs at Shop E200, Freedom Line, and Onitsha Head Bridge Market after importing the same into the country.

The statement reported the Director-General of NAFDAC, Prof. Moji Adeyeye, as saying that the suspect was arrested by officials of the Investigation and Enforcement Directorate of the agency.

The DG stated that the offending product was found in Triphon Point Global limited, and the product was subsequently evacuated and the shop was placed on hold.

She explained further that at Emma Medicals and Ekeh Mountain Global Ventures Limited, the shops were visited, and thorough screening was conducted as well.

She, however, said that the offending product was not displayed on the shelves of these shops, but their sales books revealed that they all sold the unregistered product.

According to her, the three shops were placed on hold and their managing directors were invited for further interrogation and they claimed that the product was sourced from one Blessed OJ Don Global Link in the market.

The DG said that the three suspects further stated that if they were given the opportunity, they would assist the agency in apprehending Mr Obinna Igbo, the Managing Director of Blessed OJ Don Global Link.

According to her, all efforts to arrest  Igbo proved abortive as he was on the run, knowing that he was being trailed by NAFDAC, but was later caught in Onisha with the use of tracking devices.

“Upon interrogation, Igbo acknowledged without duress that he was the importer of Amanta Forte Soft Gel, an illegal antimalarial drug he smuggled into Nigeria from Ghana.

“The date markings on the products indicated that the product was manufactured in India and marketed by Mitzaagold International FZE Amin Hussain market, AL Trade Zone, Dubai, UAE.

“The suspect said he has other pharmaceutical products which he also imported into the country, some of which are anti-hypertensive drugs,” Adeyeye disclosed.

She said that the suspect also acknowledged that he sold the product to the shops visited during the raid by NAFDAC, and had pleaded not guilty before the Judge, which his counsel, A.C Oforjiuba made an oral application for his bail.

Adeyeye said that the prosecuting counsel, Mrs Chinyere Okoli, however, prayed the court to remand him in custody pending trial.

Adeyeye said that the Judge later adjourned the case until June 6 for trial.

According to her, the offences contravened the provisions of Section 1(a) of the Counterfeit and Fake Drugs and Unwholesome Processed Foods (Miscellaneous Provisions) Act of 2004.

She said the offences also contravened the provisions of Sections 1(1) of the Food, Drugs and Related Products Registration Act of 2004.