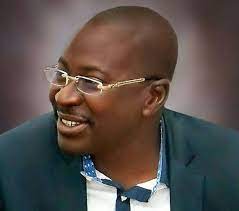 The ongoing protest against the Vehicle Identification Number (VIN) policy suffered a major setback as one of the major associations, the National Association of Government Approved Freight Forwarders (NAGAFF) withdrew its members from being part of it.

The association however petitioned the operators of Webb Fontaine for incessant network failure and inefficiency which have led to great losses of revenue by freight forwarders and the Federal Government.

It would be recalled that Customs brokers and freight forwarders have been staging peaceful protests since Monday, February 21 at the Lagos ports over the VIN e-Valuation system introduced by the Nigeria Customs Service for imported vehicles.

The protest has however paralyzed economic activities at the two Lagos ports for the past three days.

Addressing the media in Lagos on Wednesday, the National Coordinator, 100 Per Cent Compliance Team, NAGAFF, Alhaji Ibrahim Tanko noted that the e- valuation implemented by the Customs has come to stay, adding that it was as a result of freight forwarders’ request for the need to centralise Customs valuation.

He however requested to know the source of how exorbitant duty Value placed on vehicles were generated by the Service.

Tanko pointed out that intelligence reports have indicated that hoodlums from Ajegunle and Mushin were already planning to hijack the protest from aggrieved freight forwarders and licensed Customs agents which might lead to an uproar of violence at the port environment.

To this end, he said that members of NAGAFF have been instructed to withdraw from the ongoing protest in order not to tarnish the image of the noble association.

He disclosed that National executives of NAGAFF are engaging the management of the Service on the best way to address the VIN policy, urging agents to be calm as the teething problems being faced would soon be resolved.

He recalled that his association sometime ago raised this issue about the need for Customs to centralise their valuation against differential duties where for instance, an agent sometimes gets a duty value of one million for clearing a type of vehicle at Apapa and get a duty of value 500,000 and 700,000 nairas for the same type of vehicle at Tin Can and PTML respectively.

“This has been the result of our complaint.

Our eyes and ears are on the ground and we need to protect our people.

We had strong information yesterday night about Mushin and Ajegunle boys coming to hijack the protest.

“The Police and Navy have been alerted and that is why we have to withdraw from the ongoing protest.

We can remember what happened to ENDSARS where some people hijacked the peaceful protest and at the end we lost some lives.

This time around we have confirmed that people from Ajegunle and Mushin are already participating in the protest”, he noted further.

Tanko stated that people who don’t know what freight forwarding business is all about will bring the situation out of control, the withdrawal.

“We don’t want anybody to tanish the image of 100% Compliance task team of NAGAFF because of the protest.

As we said, we are going to engage Customs on how they arrive at the value and valuation on vehicles.”

The National Coordinator repeated emphatically that NAGAFF 100% Compliance team is not part of the protest at Tin Can Island Port as the association will engage the management of Customs from Thursday.

Speaking on the petition against the inefficiency of Webb Fontaine, a service provider appointed by the Federal Ministry of Finance to implement Customs Single Window Portal and the provision of Information Technology/Telecommunication infrastructure which include the Nigeria Customs Integrated System (NICIS II), Tanko noted that the incessant network failure faced by freight forwarders during the delivery of their consignments had led to a great loss of revenue.

He lamented that at times the network failure may last for more than four days at a stretch leaving freight forwarders with huge backlog of demurrage from Shipping Companies and Terminal operators running into Millions of Naira.

He called on the Honourable Minister Finance to critically investigate and re-examine the process of Webb Fontaine operations, stating that they may be forced to cease operations in all the commands and stop the service providers from going to the CPC if nothing is done after a week ultimatum.

“Imagine the quantum of losses incurred by thousands of containers trapped by the downtime at most of the ports and terminals.

Even the banks cannot transmit information about duties collected on behalf of the Federal Government.

Our businesses are in deep depression,” he lamented.