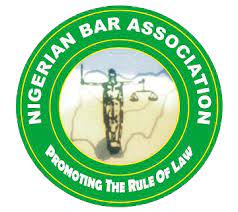 The Nigeria Bar Association (NBA) has urged the Federal Government to do everything possible to end the industrial action embarked upon by the Academic Staff Union of Universities (ASUU).

The summit in collaboration with Afe Babalola University Ado-Ekiti (ABUAD) with the theme: “Reimagining Legal Education in Nigeria” would hold between Tuesday, March 29 and Wednesday, March 30.

Akpata said it was high time government at all levels got serious about running of the education system in Nigeria, especially from budgetary allocation.

“Our government should stop paying lip service to the issue of the strike.

The government needs to get serious about how it wants to run education in Nigeria right from budgetary allocation.

“You can’t overemphasize how important education is in the life of any person.

It is easy to ask teachers to go back to work, but how do you do the right thing to motivate them?

“Education at all levels must get the seriousness it deserves.

Let the government fulfill its own side of the pact.

Education is too important to be left to politicking and grandstanding.

“Government should quickly do what is necessary to open our schools for normal activities.

“Strike and school closure is becoming a tragicomedy, it has reoccurred over and over again.

With time, the brand “Nigerian trained” may become an albatross, because employers will start asking how you were trained.

“So, It is important for the government to resolve the issue if they think education of the Nigerian children is still important”.

“In this Summit, we are going to be looking at our curriculum.

“The curriculum that I encountered over 30 years ago is still the one in operation.

We will also look at technology.

“Technology has taken over the law practice.

We are also looking at our teaching methodology, quality assurance, and the issue of the decentralization of the Nigerian Law School,” he said.

Akpata, who also decried how the National Assembly had allegedly politicized the establishment of additional law school campuses in the country, said,  “the existing law schools are grossly underfunded”.

According to him, it has one of the worst budgetary provisions in recent times.

“Presently, the School has six campuses.

It is pitiable seeing the conditions of the six campuses.

“It is like somebody trying to play game while trying to set up another six when the existing ones are underfunded with some lawmakers trying to locate in their constituencies.

“It is wrong for anyone to politicise the establishment of law school because it is too important to be seen as a constituency project”, he said.

The Chairman of the 2022 Summit Planning Committee and ABUAD Deputy Vice-Chancellor, Prof. Damilola Olawuyi, in his remarks, said the summit was geared towards resetting the system.

Olawuyi noted that policymakers in Nigeria had come to the realization that the legal education system had declined geometrically.

He disclosed that Vice President, Prof. Yemi Osibanjo was expected to declare open the summit and doubled as one of the discussants at the event.

In another development, the management of Abuja Electricity Distribution Company (AEDC),m has announced the appointment of Mr Adeoye Fadeyibi as its new Managing Director/Chief Executive Officer.

The appointment was announced by the Chairman of the Board of AEDC, Mr Victor Osadolor in a statement issued in Abuja on Tuesday.

Prior to joining AEDC, Fadeyibi was the Managing Director of Eko Electricity Distribution Company (EKEDC).

He was also the pioneer Managing Director at Transcorp Power Ltd, Ughelli, Delta where he ramped up the generating company’s performance from 164MW to 634MW in 25 months.

He joined Transcorp Power from General Electric where he had held several strategic roles with oversight for the Middle East and Africa.

“A fellow of several professional bodies, Fadeyibi obtained his Bachelor’s degree in Mechanical Engineering from the State University of New York, SUNY Buffalo.

“And the General Electric Power Systems University in Schenectady, New York, where he completed his training in turbine power systems and applied knowledge.

“This he obtained toward developing the Global Turbines/Generator Field resources,” he said.

He joined AEDC from Kano Electricity Distribution Company (KEDCO) where he was Head, of Corporate Technical Operations Services.

The Chairman of the Board, AEDC, Mr Victor Osadolor, who spoke on the new appointments said: “We are very delighted that both Fadeyibi and Burkullu are joining our company.

“They are bringing with them exceptional abilities and invaluable industry expertise.

They will effectively complement the composition of the management team already in place.”

“These appointments are necessary steps in positioning AEDC toward efficiency in customer service delivery and ensuring the effectiveness of turnaround embarked upon by the new management of the company.

“We are convinced that with a combined industry experience of over five decades, the new executives are very capable of meeting the yearnings of millions of our customers who seek seamless power services,” he said.

Also commenting on his appointment, Fadeyibi said, “I must commend the management of AEDC and the previous managing director for the work done so far.

“I  also commend the company for the confidence reposed in me to help achieve the goals of this great organization.

“I have studied the strategic focus of this business and with the full support of the board, we are sure to meet and even surpass our expectations for this great company.”