The theme for the year is: “Addressing Drug Challenges in the Health and Humanitarian Crises.”

According to him, the purpose of the United Nations day is to raise awareness of citizens about the drug abuse and trafficking menace in the society.

Meanwhile, the commandant said the agency discovered and destroyed five farms of Cannabis in five local government areas of the state.

He said others were in Mantau forest, Danbatta, Nassarawa and Gwarzo LGAs.

He further explained that 59 regular clients were counselled and rehabilitated, while 1,702 drug users were referred for brief intervention within the period.

He called on various stakeholders to redouble their efforts in supporting the agency to carry out its mandate.

In the same vein, the Ogun Command of the National Drug Law Enforcement Agency (NDLEA), on Friday, said it arrested 99 suspects with a total of 7,889.03 kgs of illicit drugs from January to June.

Ishaku Kwajafa, the Commander of NDLEA in the state, made the disclosure at a programme organized to mark this year’s United Nations International Day against Drug Abuse and Illicit Trafficking (IDADAIT).

The theme of the event, held at the Command’s Headquarters at Oke-Ilewo, Abeokuta, is “Addressing Drug Challenges in Health and Humanitarian Crises.”

Kwajafa said the suspects comprise of 80 males and 19 females.

He added that the command also seized 82,766 tablets of assorted psychotropic substances and 17.3 litres of codeine.

Furthermore, the Commander explained that the command counseled 34 clients and convicted 21 offenders during the period under review.

He noted that a growing sense of global community, solidarity and the need to care for all, had emerged as the world continued to witness crises in countries like Ukraine and Afghanistan.

“This year’s theme will focus on transnational drug challenges, stemming from situations of crises.

“We shall also advocate to protect the right to health for the most vulnerable, including children, youths, people using drugs, people with drug use disorder and people who need access to controlled medicines.

“The theme and the hashtag “#CareInCrises” campaign, help us make World Drug Day a turning point in global efforts to tackle drug challenges,” he said.

Kwajafa assured that the Command was strategically positioned through its various formations to cover the entire length and breadth of the state for effective discharge of its statutory duties.

He said that the command had continued to partner with other organizations, including the National Youth Service Corps (NYSC) and the state Drug Control Committee to spread anti-drug abuse campaigns across the state.

He acknowledged the support and assistance from the state government, the media and host communities of various formations of the agency across the state.

The Commander appealed to parents to spend time with their children with a view to helping them proffer reasonable solutions to whatever challenges they might be going through.

He noted that such measures would help check the menace of drug abuse and promote a drug-free and healthy society. 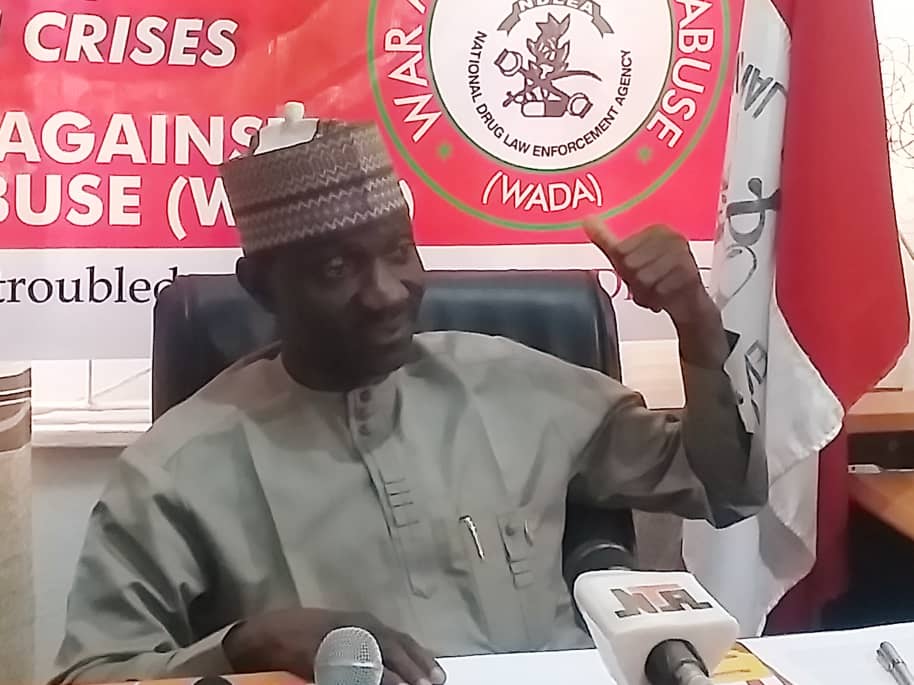 In the meantime, the Oyo State Command of the National Drug Law Enforcement Agency (NDLEA), has prosecuted no fewer than 23 drug offenders from January 2022 to date.

The State Commander of the agency, Abdullahi Saeed, said this in Ibadan on Friday while addressing newsmen against the backdrop of the 2022 International Day Against Drug Abuse and Illicit Trafficking.

The newsmen report that the theme of the June 26 day is: “Addressing Drug Challenges in Health and Humanitarian Crisis”.

Saeed said that the agency had arrested 159 suspected drug traffickers and offenders from January to date.

“From January 2022 to date, Oyo State Command of NDLEA conducted various raids in the city of Ibadan, towns and villages within the state.

”Patrols were also conducted both day and night along Lagos- Ibadan highway, Ibadan-Ife expressway as well as other busy roads within the state.

“These raids and patrols resulted in the arrest of a total of 159 suspects and a total seizure of 824.93 kg of illicit drugs.

According to him, it is pertinent to state here that we are witnessing a new abusive substance in the state which is called skoochies.

“Skoochies is a mixture of a variety of drugs prepared to give high effect on the users.

“It is usually cannabis, tramadol and hot drinks mixed and soaked together in water from which shots are taken,” Saeed said.

According to the commander, the command also succeeded in counselling 65 drug users and rehabilitated four others who were reintegrated into their families.

Saeed appealed to all the stakeholders and well-meaning Nigerians to avail the agency of their support to rid the state of illicit drug use and trafficking.

“Let me state at this juncture that although we made some steady success in the area of arrests, seizures, and sensitization, the command has been facing some challenges.

”This is in the area of vehicles for operation, standard cell for detainees, exhibit storing facility and standard counseling and rehabilitation facilities.

“The agency needs funds with which to carry out operations and activities.

“These challenges have been slowing down our operations. Often times we had to suspend operations for two to three weeks so as to allow the cells to be decongested before bringing in new suspects,” he said.

Saeed, however, said that in spite of the challenges facing the agency in the discharge of its mandate, it would not relent in its commitment to ensure a drug-free society.

“I want to seize this opportunity to sound a note of warning to those who deal in illicit drugs to give up the business.

”This is just as we are determined more than ever before to go after them, seize their drugs, and prosecute them accordingly.

“By the grace of God, we shall do everything possible to achieve our mandate,” he said.