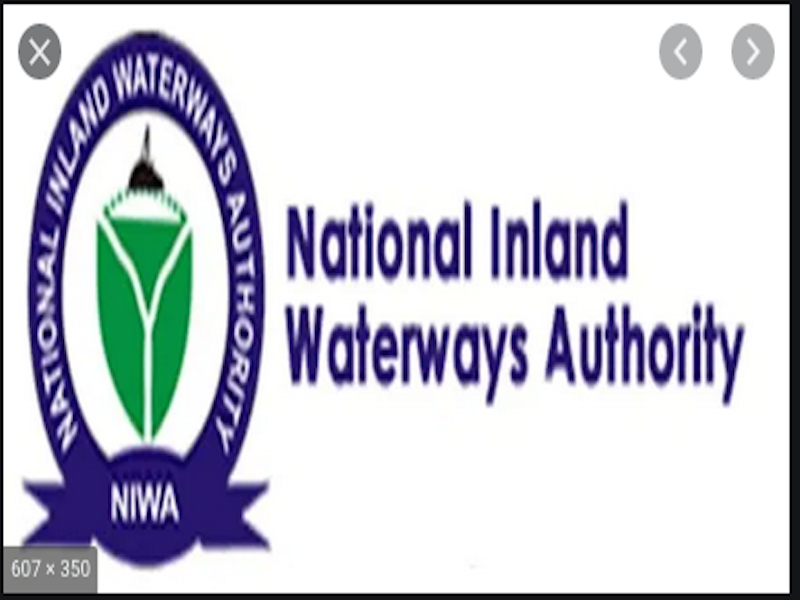 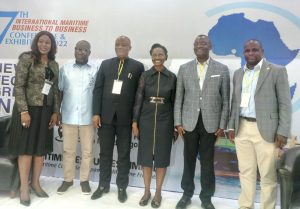 The two agencies made the move at the ongoing 2022 Lagos International Maritime Week (LIMW), with the theme: “New Technologies for Greener Shipping in Africa”, organized by Zoe Maritime Resources Ltd. in Lagos on Wednesday.

The newsmen report that greener transportation, also known as sustainable transport, refers to modes of transportation that do not negatively impact the environment such as fossil fuels.

Newsmen also report that greener transport modes rely on renewable energy sources such as wind and solar energy, hydroelectric, and biomass, among others.

Speaking, the Managing Director of NIWA, Dr George Moghalu, said that the regulation would help to meet modern shipping and transportation trends and maintain eco-friendly operations in the country.

Moghalu said greener shipping was the process of adopting cleaner and environmentally friendly energy sources to reduce Green House Gases and to protect the natural environment.

He argued that although ports and shipping activities promote trade and economic growth, energy consumption and emissions generated during its operations posed a huge environmental challenge to inland rivers and coastal environments.

“Studies have shown that presently, more than 90 per cent of Inland River Vessels use Diesel Engines which is the main source of nitrogen oxide and Sulphur dioxide emissions.

“These gases have negative impacts on the environment.

These global greenhouse gases may continue to increase and pose serious health challenges if mitigation measures are not put in place to reduce them.

He called for the need to encourage stakeholders and investors to invest in infrastructure compatible with greener technology in shipping for a better environment.

Moghalu said that agencies responsible for promoting these agendas would do well by setting realistic domestic, and national agendas and goals towards achieving the objectives.

The NIWA boss said there should be a commitment to adapt and adopt best global practices by domesticating appropriate international shipping conventions and protocols.

He called for need to set up implementable best practices locally by involving all stakeholders’ contributions at the ports that would ensure clean energy, using renewable sources using cold ironing (shore power), etc.

“The slow implementation and specific actions on the improvement and measures to reduce emissions from its operations remain a source of concern and may bleak these mentioned advantages in the future if nothing is done in this regard.

“The applicability of Green Technologies to the Inland Waterways Transportation Sector all over the world as compared to maritime shipping are being hampered by lack of credible information and feasible data to effectively deal with it,” he said.

Moghalu attributed the lack of effectiveness of these technologies, and the applicability of the same to different categories of Inland crafts, mostly non-conventional vessels was another challenge to implementing these technologies.

Emmanuel said that Lagos State lagoons and waterways account for around 22 per cent of the city’s total area, saying that the current water route provides access to 15 of the 20 local government areas.

“Lagos State has the highest population in Nigeria, with over 25 million people.

“Others are waterways monitoring and data management centre, detecting wreckages for removals, siting jetty or terminal, underwater depth for rescuing and emergency.

“We also have a bathymetry Map of Lagos Lagoon selecting suitable navigable route Areas for channelization and dredging,” Emmanuel said.

He said that underwater depth for rescuing and emergency was completed in 2019 by the state government for 15 important routes on the Lagos inland waterways.

Emmanuel said that LASWA was established to provide a world-class alternative public transport service that is accessible, reliable, and climate-friendly.

He said that the authority had enhanced its attractiveness and reliability to stakeholders, adding that LASWA owns 55 jetties and operates 29 commercial terminals on the state’s inland waterways.

In the meantime, the Lagos State Waterways (LASWA) has pledged to donate boat lifejackets to Jagaban Maritime Network to enhance safety on waterways.

The General Manager, Mr Oluwadamilola Emmanuel, made the promise during a Town Hall meeting with the theme: “Maritime for Asiwaju Day Towards the Forth Coming Election,” held in Lagos on Thursday.

He said that many states across the country had been seeking support from Lagos State on how to improve their states’ water transportation.

Emmanuel said that it would have not been possible for the states seeking support without the legacy and foundation laid by Bola Ahmed Tinubu, the former Governor of Lagos State.

“Lagos State has built more than five terminals with more than 40 jetties, donations of free standard lifejackets to jetties from time to time.

“We are working towards replicating inland structure on national level to Lagos State because of the increase in population on daily basis.

” Lagos State Government will like to make commitment to support Jagaban Maritime Network towards the office and providing boats to enhance their ports operations because your safety is our concern.

“I use this opportunity to commend our leader Asiwaju who had a strategy to manage Nigeria and I also commend Gov. Babajide Sanwo-Olu, for being a listening leader, otherwise we can not achieve much,” Emmanuel said. 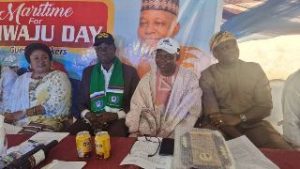 He said that the State Government had done a lot to stop constant gridlock along the Apapa port area which many people could testify to.

Emmanuel said Tinubu was aware of challenges facing port operators, adding that he would solve them on getting to the federal level.

Adefioye said it was a coalition of people and maritime stakeholders to join Tinubu to lead the country.

“our members are all registered APC members spread in all Nigeria seaports, airports, land boarders and riverine areas with over 10,000 membership strength and more than 5 million votes.

“We are grassroots mobilizers as we have intensified our sensitization campaign to all the transport sector, including air transport, to vote for APC and if elected will turn things around positively.

“We are requesting for three things such as suitable Secretariat, two local boats, one of the boats will ply Apapa to Ikorodu while the second boat will ply Tincan port to Badagry,” Adefioye said.

He said that the third request was to include their members in the campaign structure from national, state and local government levels.

The Deputy National Coordinator (South), Tinubu support Organisation, Mrs. Ayodele Fatusin, noted that they had the best leader coming from the south.

She said nobody was competing with Tinubu, adding that they were on the ground and he would become the president by the special grace of God.

Fatusi said that APC was still the best party in Nigeria to vote in, adding that Tinubu would come up with updated policies that would suit the economy.

“All we are asking for is for Nigerians to vote for Asiwaju Bola Ahmed Tinubu who is capable with versatile experience to move the country forward.

Mr Adebusayo Adeleye, Publicity Secretary of Jagaban Maritime Network, urged Tinubu to assist them in making Tincan port road motorable to reduce the stress of getting to port.