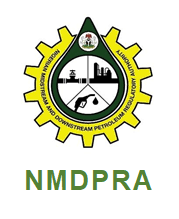 The Nigerian Midstream and Downstream Petroleum Regulatory Authority (NMDPRA) says it has shut down 65 Liquefied Petroleum Gas (LPG) plants in Lagos from January to October for various infractions.

Mr Ayorinde Cardoso, Zonal Operations Controller, NMDPRA, Lagos made this known in an interview with the newsmen on Monday in Lagos.

Cardoso said the LPG (cooking gas) plants were shut down for non-compliance with NMDPRA Guidelines and International Safety Standards.

He said some of the plants were operating without valid approval or license from the Authority.

According to him, the move is to curb the occurrence of gas explosions and fire incidents in the state.

Cardoso said: “What we are doing apart from closing these plants is more engagements with people that want to go into such businesses.

“So, apart from going around and arresting the operators, we are coming up with proper public enlightenment for both investors and people that are living in that environment.

“People are afraid of such businesses around their environment now due to safety concerns but with public enlightenment, we will be able to get everything in the right perspective.”

He said the agency would continue to clamp down on such illegal plants while at the same time sensitising the public on the need for safe usage and distribution of gas.

In the meantime, a Federal High Court in Lagos, on Monday, sentenced a 35-year-old Scavenger, Aliyu Muktar, to nine months imprisonment, for peddling 100g of Cannabis Sativa.

Justice Abimbola Awogboro, while delivering judgment, said “I have seen the open confession of the defendant and the remorse shown.

“I find and hold that I should exercise my discretion and not impose the maximum punishment.’’

The convict was charged by the National Drug Law Enforcement Agency (NDLEA) on one count of drug trafficking,

Muktar was arraigned on Nov. 11, and had pleaded guilty to the charge.

The court had accordingly, adjourned the case for a review of facts and sentencing.

When the case was called on Monday, the prosecutor, Mr Jeremiah Aernan, tendered evidence before the court to establish the case of the prosecution.

Some of the documents include a certificate of test analysis, packing of substance form, request for scientific aid form, drug analysis report, large sealed envelope, statement of the convict, as well as the bulk of the substance.

The court admitted and marked the evidence as exhibits A to G respectively.

The court then ordered the convict to identify the exhibits and confirm if the substances were indeed recovered from him and he replied yes.

The prosecutor, accordingly, urged the court to proceed and sentence the convict, based on his plea and the evidence adduced by the prosecution.

The court convicted the defendant.

However, before sentencing, the convict, Justice Awogboro asked the convict about his marital status as well as his job.

In response, the convict told the court that he was married and deals on scrap or condemned iron, adding that he had been in Lagos for two years.

Besides, he told the court that the said substance did not belong to him but was given to him by his boss.

The court consequently, sentenced the convict to nine months imprisonment to begin from the date of his arrest.

The court ordered that the narcotics substances be forfeited to the Federal Government by destroying the same.

According to the charge, the convict committed the offences on Oct. 25.

The prosecutor said that the convict was arrested on a tip-off at Sabo in Ikorodu, while illegally trafficking the narcotic.

According to the NDLEA, cannabis is a narcotic just like Cocaine and Heroin, and trafficking same offends the provisions of Section 11(c) of the NDLEA Act, CAP N30 Laws of the Federation, 2004.