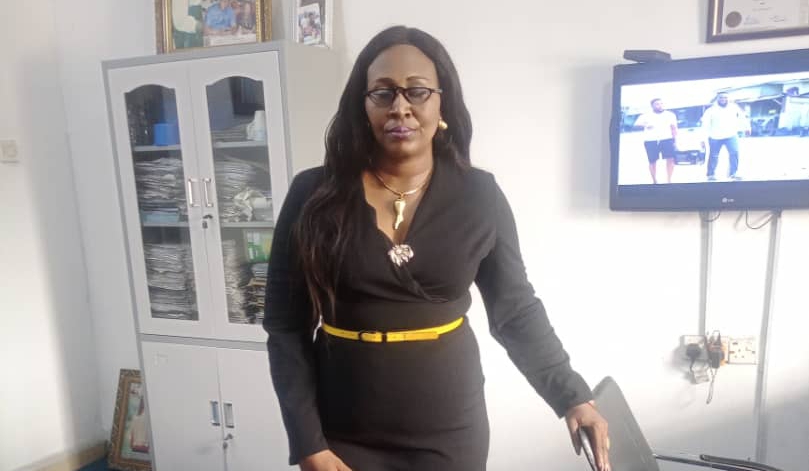 The Chairman, Oil and Gas Zone Chapter of the Association of Nigerian Licensed Customs Agents (ANLCA), Mrs. Okere Celestina Chinyere has dismissed claims making the rounds that Customs officers operating at the Onne port were extorting agents or living large at the expense of freight forwarders.

Dismissing the allegation, Mrs. Okere said she was quoted out of context by the reporter who she believed did not understand the term “Transit goods and Fast Track goods” in the freight forwarding profession.

She stated in a statement that her attention has been drawn to the news making rounds captioned “Lamentations from freight forwarders about extortion by Customs and NPA personnel at the Exit Gate  of Onne port including Oil and Gas Free Zone Goods.”

She stated categorically and unequivocally that she was quoted out of context by the journalist who mixed and muddled up issues due to his lack of understanding of the term “Transit goods and Fast Track goods” in the profession.

“I emphasized on the policy of rationing 5 Containers to one Escort officer and the attendant delays it causes in the delivery of “fast track and transit” cargoes and not duly cleared and released containers. And this is as a result of shortage of escort officers which is beyond the control of the Command.

“It was glaring that the lack of escort personnel resulted in the rationing of these highlighted containers which the resultant effect attracts #25,000 penalty from NPA for long time parking after 2 days grace period.

“There was never a time the men and officers of Nigeria Customs Service in Onne Port were accused of extortion or living large by anyone and by means.

“There is no relationship between the Transit/fast Track goods and Exited/ Cleared goods at the gate” she maintained.

Okere said that the reporter ought to have sought proper clarification of the terms in furtherance to the ethics of balanced reportage from Customs.

She advised the media to be well guided in order to serve as crusaders in support of the peaceful coexistence and working relationship between Customs and stakeholders in the industry and not the other way round.

A cross-section of the agents however said her rebuttal was merely to avoid reprisal or give peace a chance.