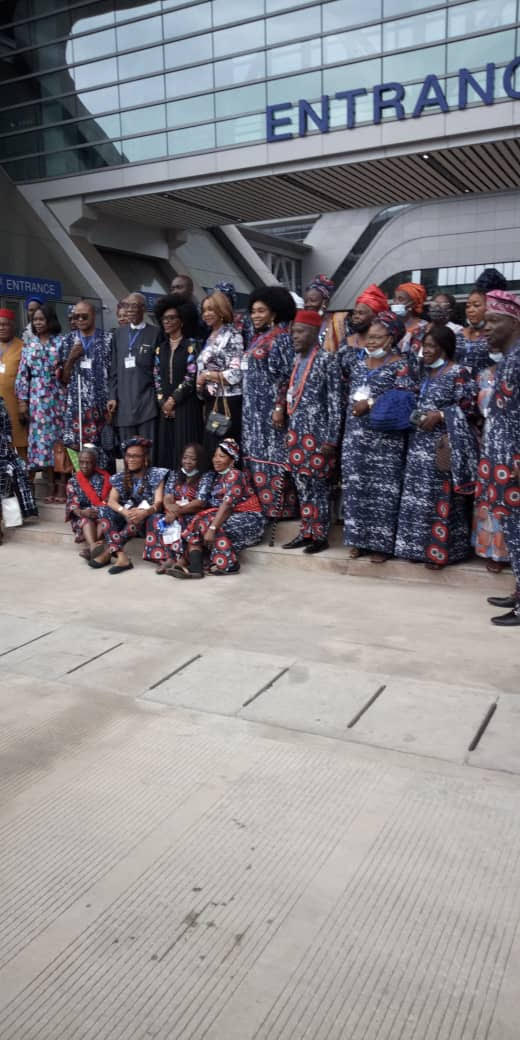 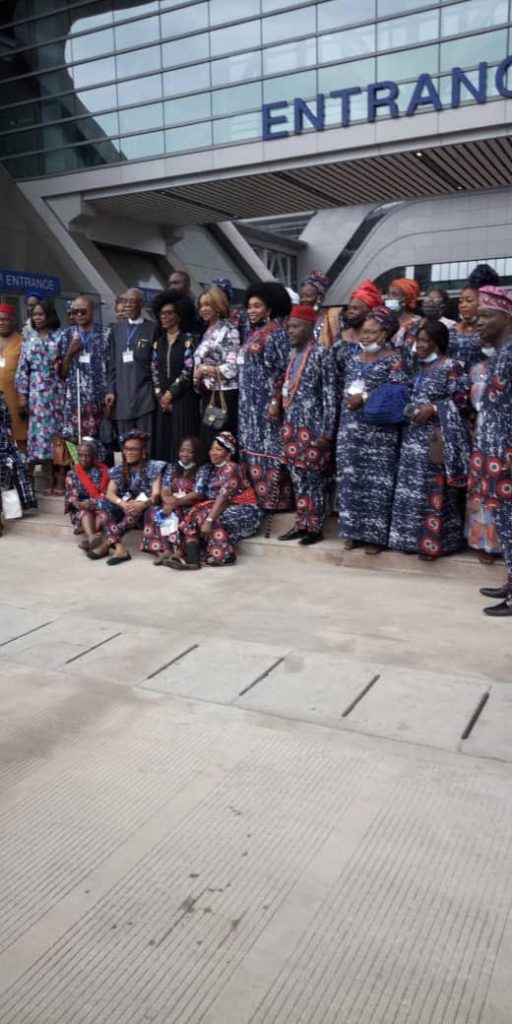 56 senior citizens and members of National Senior Citizens Centre (NSCC) and other staff of the Nigerian Railway Corporation during a Business Class Train Ride Funfare for senior citizens in Ibadan on Thursday.

Mr Nathaniel Okoro, the indigenous Pioneer Managing Director of the Nigerian Railway Corporation (NRC),  has commended the Federal Government for the introduction of the standard gauge train.

Okoro, 90,  also said that he was delighted to see the progress happening in the train transformation in the country.

The nonagenarian said this inside the standard gauge railway during the Business Class Trade Ride Fun fare for Retired Senior Staff of the NRC held in Ibadan on Thursday.

The pioneer managing director said that all the retired staff in the train including himself had paid their dues whole serving their country.

He said; “I urge Nigerians to learn and understand the history of Nigeria to enable them appreciate the development that has taken place from the past so they can relate it to the present.

“I am happy to see the success of the standard gauge railway project because I was invited by former President Olusegun Obasanjo in 2002 to draw a 25-year master plan for the development of Standard Gauge Railway line in Nigeria.

“The report was submitted to Obasanjo in 2002 and after he left government, the report gathered dust. But we thank God that President Buhari-led administration resuscitated and implemented the project.

“We, the senior citizens, need to celebrate ourselves because we have made our contributions to the development of this country. I retired on a salary of N3,500 per month then and that was the highest salary then.

“I am persuaded that life is a wave, emotions build up eventually, reach a peak; and drift away. Worries, anxiety and fear come and go in a similar way. They don’t last forever even if they feel like they will,” he added.

The Director-General, National Senior Citizens Centre (NSCC), Dr. Emem Omokaro, assured the senior citizens of support aimed at improving on their current welfare. Omokaro added that she had been talking with some health centres on how they could assist the aged and the senior citizens suffering from dementia and other old-age related diseases. 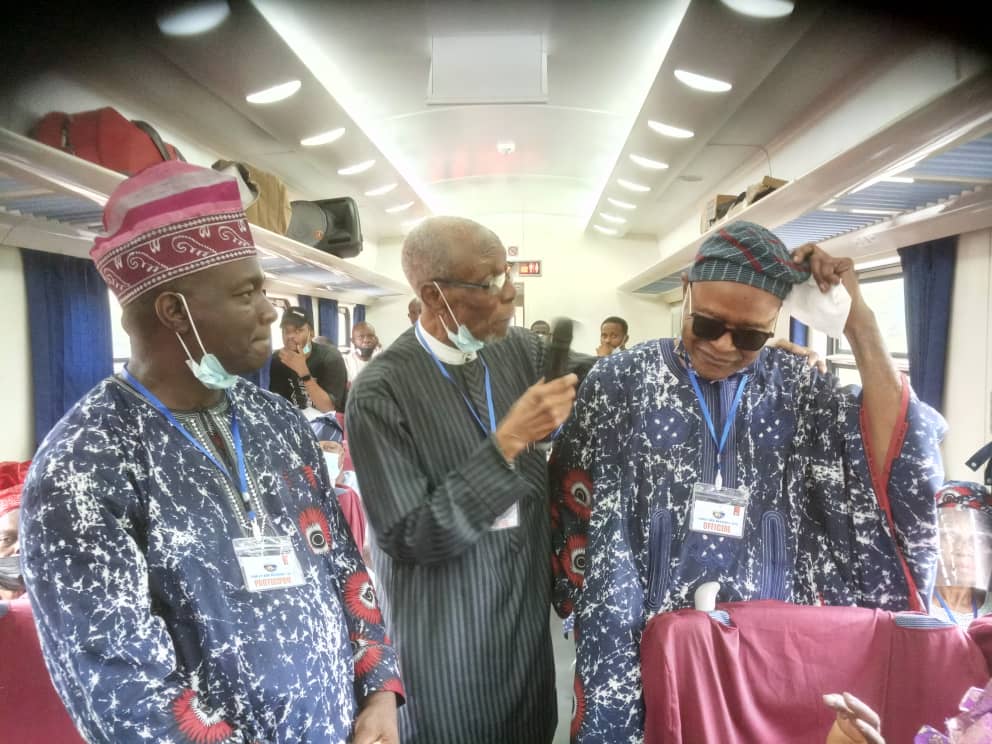 She said that their mission was to engage strategic multi-sector partnerships; research applications as well as initiate and develop facilities and implement programmes and services that would positively change the perception of aging.

Omakaro said that NSCC was also planning to take care of the senior citizens in social, recreation, income security, counseling and incapacity enhancements of their needs toward the realisation of their dignity as well as their well being.

She said; “I  am using this opportunity to tell the senior citizens about NSCC,  which was established pursuant to the National Senior Citizens Act 2017, as the only ever focal agency on aging.

“Celebrating Pa Okoro today is a laudable one that NSCC is poised to replicate in future. “Apart from the maiden dialogue, NSCC is also working assiduously to ensure that a day is set aside to celebrate our other senior citizens.

“We had been assured that all necessary steps within the executive space are being taken to actualise this  before the end of 2021.”

Omakaro said that NSCC was working closely with National Coordinator, National Social Safety-Net Coordinating office, to collate the data of the senior citizens who were already benefiting from the programme and those not yet captured.

She urged other related ministries, private organisations as well as  Non-Governmental Organisations to support them to accomplish their mission of caring for the nation’s senior citizens. 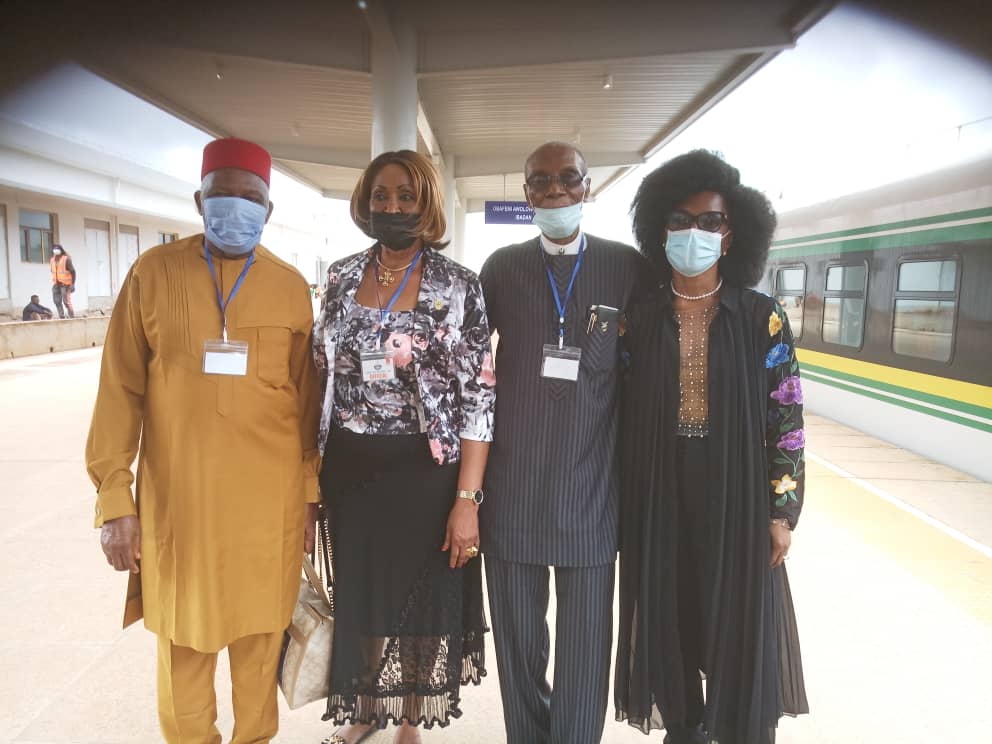 Dr Ngozi Nwosu, a former Medical Director with the  NRC, who made the toast before cutting the 90th birthday cake to celebrate Okoro in the train described him as an encyclopedia of their time. Nwosu said Okoro never went to school but sat for examinations alongside the engineers then and scored 85 per cent.

That made him to emerge as the first indigenous Managing Director of the Nigerian Railway Corporation, she said. She said that there was nothing about transportation in the country that they would not consult him.

Nwosu said that although he was not celebrated when he retired, but he would forever be celebrated by everyone.

She, therefore, pleaded with Nigerians who need transportation information to consult him to tap from his broad knowledge on railway.