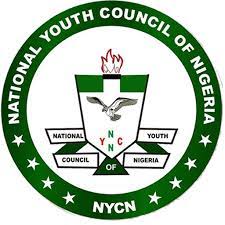 The Niger chapter of the National Youth Council of Nigeria (NYCN) and some Civil Society Organisations (CSO’s), on Sunday, gave the Nigeria Association of Road Transport Owners (NARTO), tanker and trailer drivers’ associations 48 hours to vacate roads in the state or face massive civil action.

Mr Bello Sheriff, Chairman, NYCN in the state, handed down the ultimatum on Sunday, in Minna, when he led the CSO’s at a press conference.

“The once acclaimed most peaceful and hospitable state in Nigeria has been thrown into a state of chaos and mundane situations by the activities of NARTO, PTDAN and Trailer Drivers Association with the blockade of the Suleja-Lambata-Bida roads for four days now.

”Thereby, causing untold hardship, pain, uncertainty and the perilous atmosphere for the peace-loving citizens of Niger state and other road users is completely unacceptable.

“The implications of this heinous act by these drivers, is that they have constituted themselves not only as a nuisance, but as a government within government, blocking and stampeding major highways at the slightest provocation.

As a result, they have caused ”untold hardships in holding travellers to ransom, hence crippling and halting the day-to-day activities of other road users.

“This needs to be checked by authorities concerned or we will be forced to take laws into our own hands.

“Needless to say that we cannot continue to fold our hands and allow lawlessness take root by these senseless drivers who are, on daily basis, destroying our roads and livelihoods.

“We hereby issue a 48-hour ultimatum to NARTO and Associations of Tanker and Trailer Drivers to direct the drivers of all the heavy-duty vehicles to vacate the roads for the free movement of other road users.

“It is on the foregoing that we, the coalition of youths and civil society organizations in Niger state, wish to state without equivocation our stand,” he said.

Sheriff urged NARTO and the drivers’ associations to tender an unreserved apology to the people of the state and other road users for their actions, saying that they should be civil in addressing their grievances, rather than infringing on the rights of others.

The NYCN chairman expressed dismay and dissatisfaction at the attitudes of the state’s representatives in the National Assembly (NASS) on the manner in which issues of dilapidated trunk “A” roads were handled by the
Federal Government.

He appealed to President Muhammadu Buhari and the state’s legislators in the NASS to ensure that part of the foreign loan being sought by the Presidency, included the rehabilitation of the Lambatta-Lapai-Bida and Jebba-Tegina-Birnin Gwari federal roads projects in the state.

Sheriff said that there was the need to fix all the trunk “A” roads traversing the length and breadth of the state, being the gateway between the South and Northern parts of the country.

He said that the group strongly disagreed with any decision by the state government to reopen the Minna-Bida road, earlier closed to articulated vehicles, because of the ongoing rehabilitation of the road.

The NYCN official empathised with Nigerlites and other road users, for their patience and understanding, as a result of the hardship caused by the road rehabilitation, pleading with them to remain law abiding and exercise patience as the 48-hour ultimatum lapses.

“We implore governments at all levels to work assiduously towards meeting our demands within the stipulated timeframe.

“The youths will explore other options, which may include massive civil action, should we notice a lackadaisical disposition to our demands.

“We urge all Nigerlites to keep calm until our roads are fixed and free for users,” he said.

Reacting, Alhaji Hassan Shiroro, the state Chairman, NARTO told the newsmen that the association was already discussing with representatives of the federal and state governments and security agencies on how to tackle the issue.

Newsmen recalled that some articulated vehicle drivers had blocked all roads in and out of the state since Thursday causing road users travelling to Abuja, Lagos and other parts of the country stranded as there were no alternative routes.

The drivers used their vehicles to block the roads in protest against the blocking of the Minna-Bida road by the state government, due to the ongoing rehabilitation work on the road.

The protesters insisted that until the state government reopened the Minna-Bida road, they would not remove their vehicles from the road, insisting that all other alternative routes were no longer motorable.

Alhaji Muhammad Idris, the state Commissioner for Information and Strategy told newsmen on Friday that the state government would only re-open the road after the completion of the rehabilitation work.

According to Idris, “the Niger state government has so far committed a huge amount of money on the reconstruction of the Minna-Bida road, and the project was being handled by one of the best indigenous construction companies in the country, to ensure we get the highest possible standard.

“As the reconstruction progresses, however, heavy duty-vehicles, who constantly travel the road, have been known to reverse progress by damaging the sections of the road that had been fixed.

“This was what informed the decision by the Niger state government to close the road to heavy-duty vehicles.

“The tanker drivers in turn, responded by taking laws into their hands and blocked the Minna-Bida road entirely and Lambata-Lapai-Bida road, making it completely impossible for smaller vehicles to move.

“The Gov. Abubakar Sani Bello administration is determined that the road construction must go on and as such, opening the Minna-Bida road to heavy-duty vehicles is not an option for now, because that will destroy everything the government has done and tax payers money will be wasted redoing what was already done,” he said.