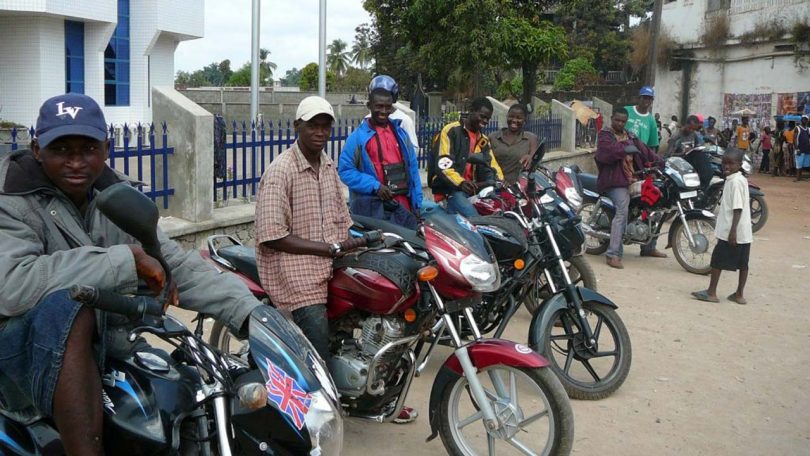 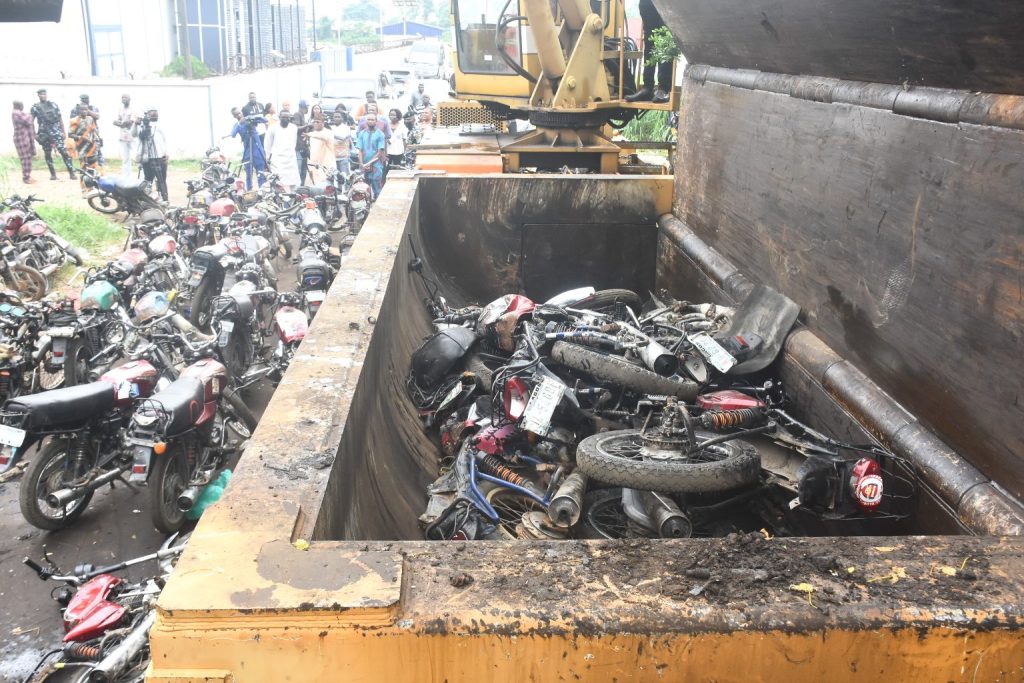 Shola Jejeloye, the Chairman of, the Lagos State Environmental and Special Offences Unit (Taskforce), says there is 85 per cent compliance with the commercial motorcycle ban in the last three days.

Jejeloye said this on Friday in Ikeja, while speaking with newsmen, during the crushing of the commercial motorcycles, popularly known as Okada, which were confiscated during enforcement.

He said that the enforcement of the ban would continue, so as to ensure the sanity of the environment.

According to him, the enforcement of the ban did just begin on Wednesday, June 1, but has been in force since Feb. 1, 2020.

”Since then, we have been on it.

It is just that people believe in violating the law, which I don’t think is good enough in a cosmopolitan city like this.

But since June 1, there has been more than 85 per cent compliance.

“85 per cent compliance in the sense that we don’t see Okada on the roads, on the expressways any longer.

The number has drastically reduced.

”They might be of the belief that the first one week of the enforcement will be thorough; after one week we are going to relax, anyway, we will watch and see. 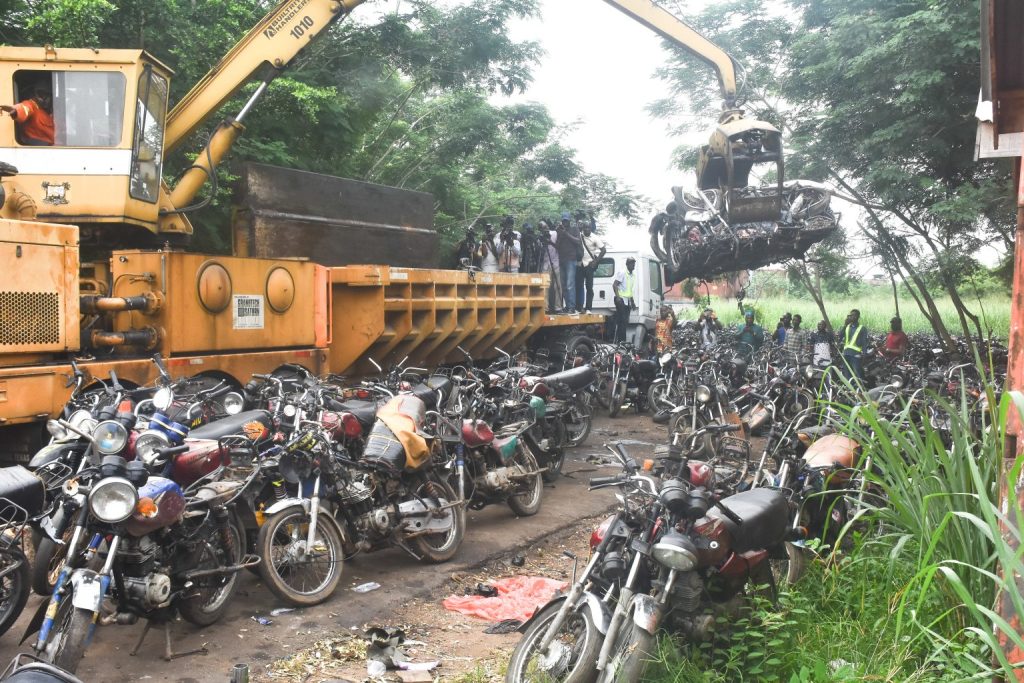 ”I am passing this message to them that from next week, we will do more intense enforcement.

Even those areas we cannot get to this week, we are going to extend.

So another phase will start on Monday.

”These three first days of enforcement is just to test-run it, to check the number of compliance, then the sustainability plan is the next phase, which we are going to enter on Monday,” he said.

Jejeloye said that there was no going back on enforcement of the Okada ban, as the government does not make a mockery of its policies and decisions.

The Commissioner for Transportation, Dr Frederick Oladeinde, said that the government was reforming the transportation sector and integrating all the various modes of transport so that people could move from one mode to the other seamlessly and pay with just one ticket.

Oladeinde said that the first and lastmile buses rolled out by the government would help to transport residents from where Okada operation was not allowed.

He said that there were some good Okada riders and the government had spoken with the union and asked them to form a cooperative.

According to him, the government will give them the first and lastmile buses, and employ some of them.

”So, others who do not have skills, we do not want them in Lagos, and that is why you have the enforcement agency to walk around the clock just to make sure that people who do not need to be in Lagos are not in Lagos.

”So we don’t want anybody just coming into Lagos, just because they can pick up Okada or they can sleep under the bridge. So, this is going to be a resistance to them,” he said.

Oladeinde urged residents of Lagos State to be calm respect the traffic law and move about their daily businesses, as the government had provided an alternative to Okada.

The Commissioner for Information and Strategy, Mr Gbenga Omotoso, said that in the first quarter of 2022, about 5,000 Okada had been crushed and there were about 2,000 to be crushed today.

Omotoso urged the Okada riders to embrace the many alternative modes of transportation provided by the government, as there are plans to inject more first and lastmile buses into the metropolis.

He said that in the first four months of 2022, the state recorded 1,712 accidents, 767 were caused by Okada, resulting in death, and 45 per cent of these riders were youths between 30 and 39 years.

”So, taking Okada off the roads is helping our young ones to stay alive, it is not hurting our people.

“We are not leaving them to their own devices and so we have said anyone who is interested in doing a decent business can form a cooperative and join the First and Last Mile bus scheme.

”They can present their proposals to the state’s employment trust fund and get money to fund their businesses.

“We have vocational centres where they can learn a trade and start a new life.

So, anyone saying Okada is the only way to earn a living in Lagos is not doing any good,” the commissioner said.