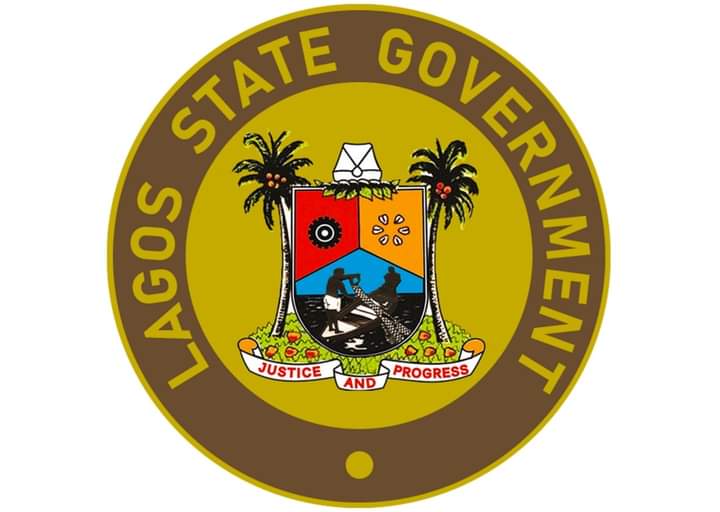 The Lagos State Government says the seizure of commercial motorcycles by the Lagos State Task Force will continue, in spite of the June 1 deadline.

He said that with effect from June 1, security operatives should enforce the proscription order across the listed councils.

The Commissioner for Information and Strategy, Mr Gbenga Omotoso said in a statement on Thursday said that the deadline does not invalidate the provisions of the Lagos State Transport Sector Reform Law of 2018.

Omotoso said that the Law stated that ”no persons shall ride, drive or propel a motorcycle or tricycle on a major highway within the state, and any person in contravention of this provision commits an offence” and would be made to face the wrath of the law.

He said that the Lagos State Task Force, led by CSP Shola Jejeloye, had continued to enforce the law, and had seized 238 motorcycles in Lekki on Tuesday and Wednesday.

According to him, in Iba, on Lagos-Badagry Expressway, where it was violently resisted on Thursday, the Task Force seized 195 motorcycles.

”The riders were operating on highways and bridges in flagrant disobedience of the law because, according to them, they are free to ply unauthorised routes till June 1.

The enforcement was weakened by COVID-19, which affected all areas of life.

Now, the action is being reinforced,” he said.

The commissioner commended residents who had come out to support the ban on commercial motorcycles in the six local government areas.

He reiterated Gov. Sanwo-Olu’s order that the ban from the six local governments was the ”first phase” of the action, that had been triggered by safety and security concerns.

In the same vein, some Lagos residents on Thursday expressed divergent views over the ban on commercial motorcycles in the state by the state government. 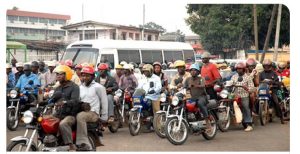 Some residents, however, told newsmen in Lagos that the government decision on the ban was a welcome development while others frowned at it.

Mr Gbenga Ajayi, a teacher, and resident of Ayobo said that the ‘okada’ ban was a good decision but should be extended to other local government areas, not only in selected areas.

“The ban should be extended to all local governments in the state if not the riders will migrate to the other parts of Lagos where it is not banned and the story will continue.”

He said the proliferation of okada operators posed serious threats to the security structure in the state.

“Okada is constituting security threats, it is being used to perpetrate evils.

“Some riders do arm themselves with dangerous weapons to rob their passengers and even pedestrians of their valuables.

“Some do not have regard for human life, they ride like they have extra lives.

Some passengers have lost their lives while boarding motorcycles while others became disabled.

“My brother was beaten and almost lynched last month over N100 by some okada riders.

“It took the timely intervention of some policemen around to save the situation from further deterioration.

“Some riders drive recklessly, I lost a neighbour to a bike accident last year.

“There should be no going back, the ban must stay to save lives and reduce crime,” he said.

In the same view, Mr Ayodele Ojo, a civil servant, who resides at Ojuelegba, Surulere, commended the state government for the ban.

He urged the government to enforce and ensure total compliance this time around.

“This is not the first time the governor is issuing such a directive, announcement is not enough but enforcement.”

Ojo said that some riders use their motorcycles to kill, steal and to destroy.

“Motorcycle is used for fast get-away in crime scenes, the ban should stay so that sanity can return to our roads.

“We can no longer condone criminality all in the name of unemployment, motorcycle business is not the only means of livelihood, there are many other businesses that people can engage in.

“The ban will rid the city of insecurity and other vices,” he said.

However, a businessman, Mr Olaniyi Daniel, resident of Agege, frowned at the ban of commercial motorcycles.

He said banning okada would further broaden the way to unemployment.

“Okada creates massive jobs for the unemployed young people and the livelihood of many depend on it.”

Daniel said that banning okada was not the solution to okada riders’ menace and would not solve insecurity instead, it would increase the rate of criminal activities in the state.

‘Prohibiting okada will not solve the issue of crimes in the state; criminals are very sensitive and strategic in their ways if the government bans okada, they will find other ways to perpetuate their crime.

“I believe it is not the only motorcycle that is used to commit the crime, criminals use cars too.”

He urged the government to provide alternatives to alleviate the initial inconveniences,” he said.

Mrs Glory Ameh, a resident of Apapa, said that the ban on okada was not a good move, adding that it would bring undue hardship to some residents of the state.

“My area cannot be accessed except by Okada, it is the only means of transportation, if the ban is enforced, it will bring undue hardship.”

She urged the state government to come up with a policy and regulation that would guide the okada riders, rather than an outright ban.

In the meantime, the Southwest Security Stakeholders Group (SSSG), has commended Gov. Babajide Sanwo-Olu of Lagos State on the recent ban of commercial motorcycles (Okada)   in some parts of the state.

The group on Thursday in a statement signed by its publicity secretary, Adewole Ireti, noted that the move by the state government became necessary as a measure against unscrupulous okada riders perpetrating crimes in the state.

They urged Sanwo-Olu to extend the ban to other areas in the state while advising other southwest governors to take a cue from the move in order to rid the region of some bad elements that were ready to disrupt the peace in the Southwest.

“Last week, the southwest security stakeholders group raised alarm over the influx of non-Nigerians coming to the Southwest to cause unrest.

“However, we are happy that the Lagos state governor acted on our request, which we think is commendable.

“We urge other governors in the  Southwest to do the same in order to ensure effective security across the region.

“The crimes being committed by some criminal Okada riders in recent times have been worrisome,” they said

SSSG advised state governments to strengthen their security architecture in order to avoid further crimes in their states.

“Even in some northern states, they have been banned and many of the law-abiding riders have been infiltrated by these criminals, but the best we can do to avoid further crimes is to strengthen our security architecture.

“For instance, in Lagos,  the influx of these non-Nigerians has created a lot of security challenges across the state.

“Every day, we hear stories of crisis emanating from these riders and also leading to loss of lives and destruction of property,” they said.

The group stated that the menace should not continue.

They,  therefore, urged other southwest governors to do everything possible to prevent chaos in the region.

The newsmen recall that the ban was against the backdrop of the growing menace and nuisance constituted by Okada riders in the state.

The ban became effective from June 1,  and  Sanwo-Olu had directed security operatives to enforce the proscription order across the listed councils.