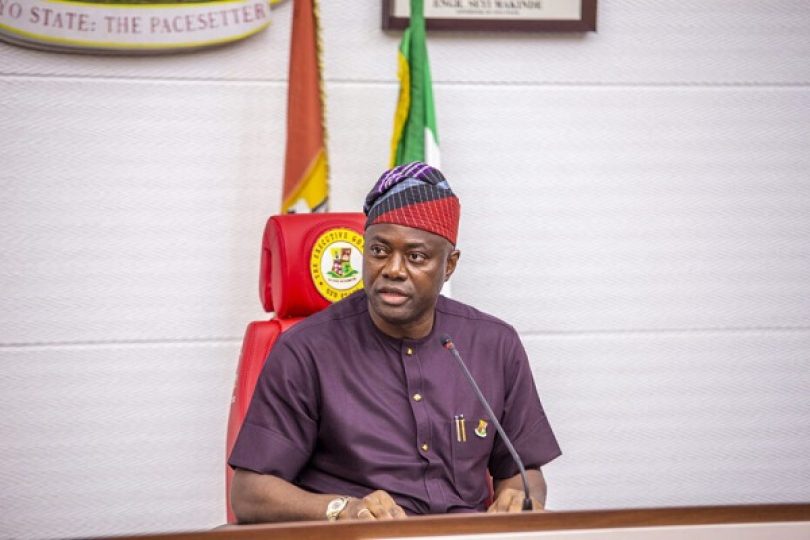 The Oyo State Government on Monday declared a three-day mourning period in honour of the victims of the terrorist attack on St. Francis Catholic Church, Owo, Ondo State.

The decision, according to a statement by the Secretary to the State Government, Mrs. Olubamiwo Adeosun, is in compliance with the communique issued at the end of a virtual meeting of the Governors of the South-West states held on June 10.

In view of the decision, Adeosun stated that Gov. Seyi Makinde has approved that flags be flown at half-mast from Monday, June 13, 2022, to Wednesday, June 15, in honour of the slain victims.

“The governors condemned in very strong terms the horrendous crime perpetrated by terrorists against the people and residents of Owo, Ondo State and by extension the peace-loving people of the South-West.

“The governors noted, with a great discomfiture, the increasing agitations about spaces taken over by unidentified and unknown migrants in all South-West states, the statement said.

The governor’s meeting recommended an increase in the scope of surveillance of the activities of the undocumented settlers by relevant security agencies in all the states.

“The governors, as chief security officers, resolved to continue to assist the security agencies in the areas of crisis management and intelligence gathering at all times.

“The governors reviewed reports from various states on the factors militating against peace and security in the region.

“They expressed grave concern on the influx of okada riders into all parts of the South-West, especially the state capitals, and further resolved that efforts be geared toward identity management of okada riders and stringent

regulations put in place for their operation,” the communiqué said.

It stated that the South-West governors decided to reconvene the South-West Security Committee “to look critically into the menace of Okada riders’ influx“.

The committee will subsequently submit its findings on the desirability of okada operations in the region, as well as come up with a multi-level template to combat the threat of insurgency and terrorism in the region.

In another development, Gov. Oluwarotimi Akeredolu of Ondo State has extended the mourning period in the state to Wednesday.

This is contained in a statement signed by Mr Richard Olatunde, Chief Press Secretary to the Governor in Akure.

Olatunde explained that the extension was a sequel to the resolution of the Southwest Governors’ Forum to observe a 3-day mourning period, starting from Monday to Wednesday across all the Southwest states.

“Gov. Akeredolu has also directed that all flags in the state must be flown at half-mast for the three days period.

“Recall that the governor had directed that all flags in the state be flown at half-mast for seven days from Monday to Sunday.

“Gov. Akeredolu appreciated the governors in the Southwest for the massive love and cooperation shown since the horrendous attack in Owo,” Olatunde said.