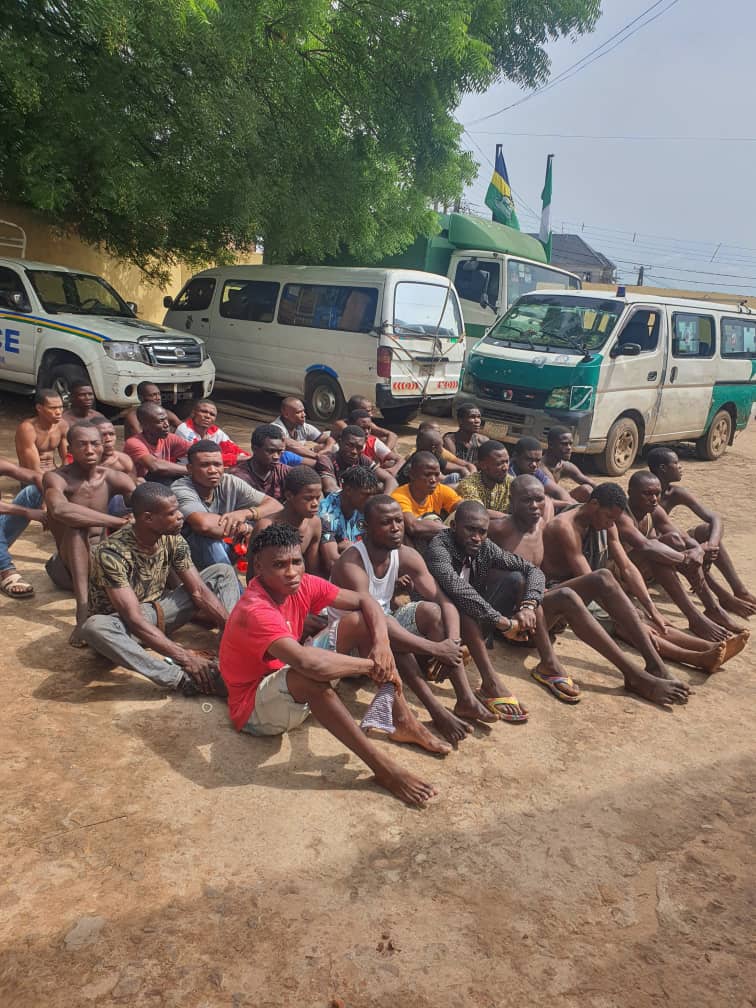 … Dispel rumour of attack on Jos***

The Police Command in Anambra says it has arrested no fewer than 32 suspected cultists and criminals in the state.

DSP Toochukwu Ikenga, Police Public Relations Officer (PPRO) of the command said in a statement on Sunday in Awka, that the operatives also recovered guns and other dangerous weapons from the suspects.

Ikenga said the raids that led to the arrests as part of the determined efforts to rid Anambra of all forms of criminality.

According to the PPRO, the suspects were involved in crimes including armed robbery, unlawful possession of firearms and extortion.

“Acting on credible information, the Command operatives on March 30 arrested one Ozo Olie Ifeanyi, 43, in his residence at Odoje village, Onitsha and recovered one locally fabricated single barrel pistol and one live ammunition concealed in a bag.

“He has confessed to being a member of the Black Axe Cult Group and specialises in robbing unsuspecting members of the public of their valuables.

“Another suspect, one Ifeanyi Nwobu, 49, from Enugu-Ukwu was arrested on the same date.

“The command also recovered one locally-made Beretta pistol, one magnum pump-action and ammunition from the suspects who have made statements that are useful for investigation,” he said.

The PPRO reiterated the resolve of the Commissioner of Police in Anambra, CP Echeng Echeng, to defend the people of the state from all of criminality and insecurity.

“Protection of lives and property, maintenance of law and order will never be taken for granted, we call on residents to increase the level of information they give us,” he stated.

In the same vein, the Police Command in Plateau has dispelled rumours of a possible attack by bandits on Jos and its environs.

ASP Ubah Ogaba, the Police Public Relations Officer (PPRO), of the command, said this in a statement on Sunday in Jos.

The newsmen report that there is a rumour making the rounds that bandits had infiltrated Jos, and could attack at any moment.

But Ogaba maintained that the command had adopted a new strategy toward curbing insecurity in the state.

‘“The command has adopted a new security strategy in line with our normal routine patrol and check.

“Also, the command would be proactive on any intelligent report at our disposal, as it is our core mandate to protect lives and property.

“The command urges everyone to go about their legitimate businesses without fear,” he said.

The PPRO called on residents of the state to be law-abiding and cooperate with security agencies towards ensuring peace and security.