The Ports Standing Task Team, a brainchild of the Federal Government to entrench ease of doing business and traffic sanity on Ports’ Corridors has secured genuine assurances of the Federal Road Safety Corps (FRSC), for enduring collaboration.

The FRSC Lagos Sector Commander, Olusegun Ogungbemide confirmed this, following a Courtesy visit by PSTT, led by its National Coordinator Mr. Moses Fadipe. Fadipe said he came on the visit to appreciate the Sector Commander and his men, for their sincere commitment to government goals.

“It is just a courtesy visit to the Sector Commander, Lagos State Command and equally to say a thank you message to him, for giving us his support in the first phase of the Operation Free the Port Corridor; because his men have performed tremendously and wonderfully well; and to intimate him that we are about to start the second phase and we still need more of his support”, Mr. Fadipe stated. 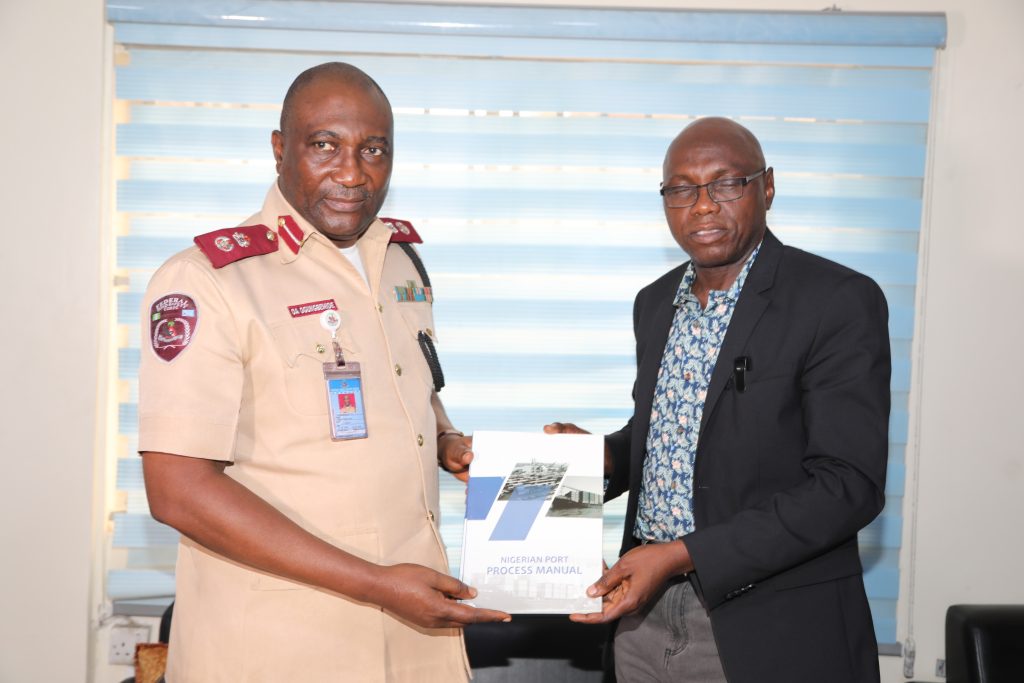 The Maritime First learned that the second phase would actually go beyond merely consolidating the gains of the first phase, and may dovetail into weighing the participation of some agencies, to the Presidency’s vision, of a truly functional Ports’ Corridors.

“You know, we have different agencies with different laws.

When it comes to road traffic issues, it is the duty of the FRSC; more so, all these corridors we are talking about are federal corridors.

So, they have a very big role to play, ranging from checking the essence of drivers to driver’s license, documents, and the rest.

“They have a big role to play: When those trucks are apprehended, we have to keep them somewhere.

“We can’t keep it in our custody, till they regularize their papers, or they mend their vehicles and do the right thing”, the Coordinator said, noting that all other agencies would similarly come on board, to ensure the project works.

Corroborating Fadipe’s position, the Lagos Sector Commander, Mr. Olusegun Ogungbemide, said he was happy with the visit, as it enables them to review past activities in addition to the furtherance of the vision.

He acknowledged the sometimes, unpredictable traffic situation of the ports’ corridors and praised the Federal Government for coming up with the PSTT vision. 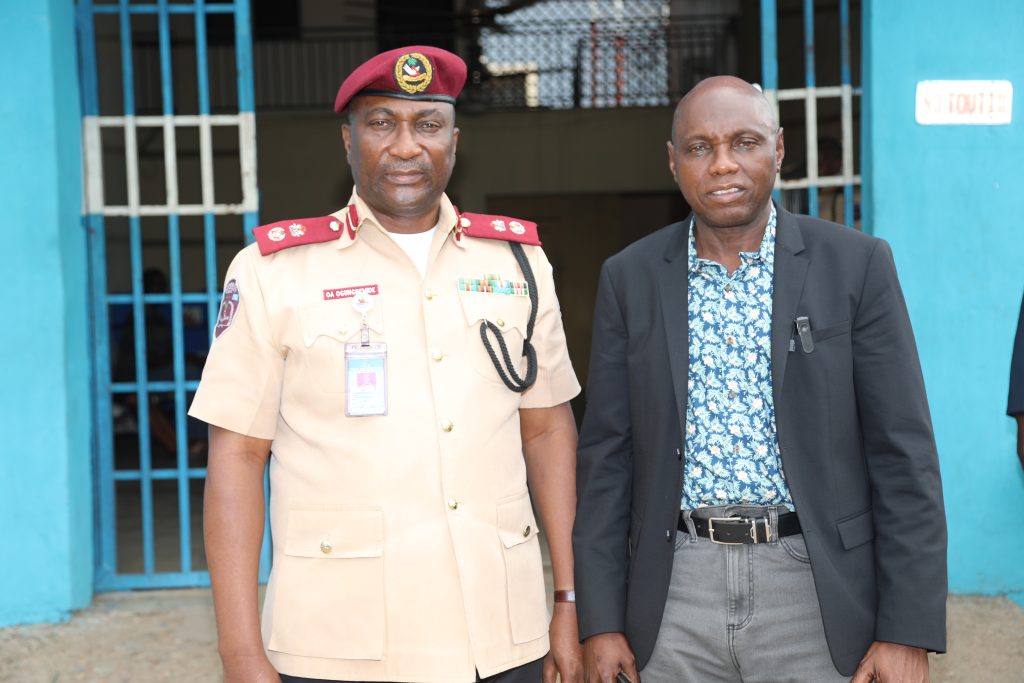 “I know we have been having issues along with this (Apapa) corridor for a while, and the federal government deems it quite necessary that issue of enforcement should be a continuous one, and that is why they set up this team.

“I have to be sincere with you, since they came into inception, they have been doing quite well, and what we are seeing around is evidence…! 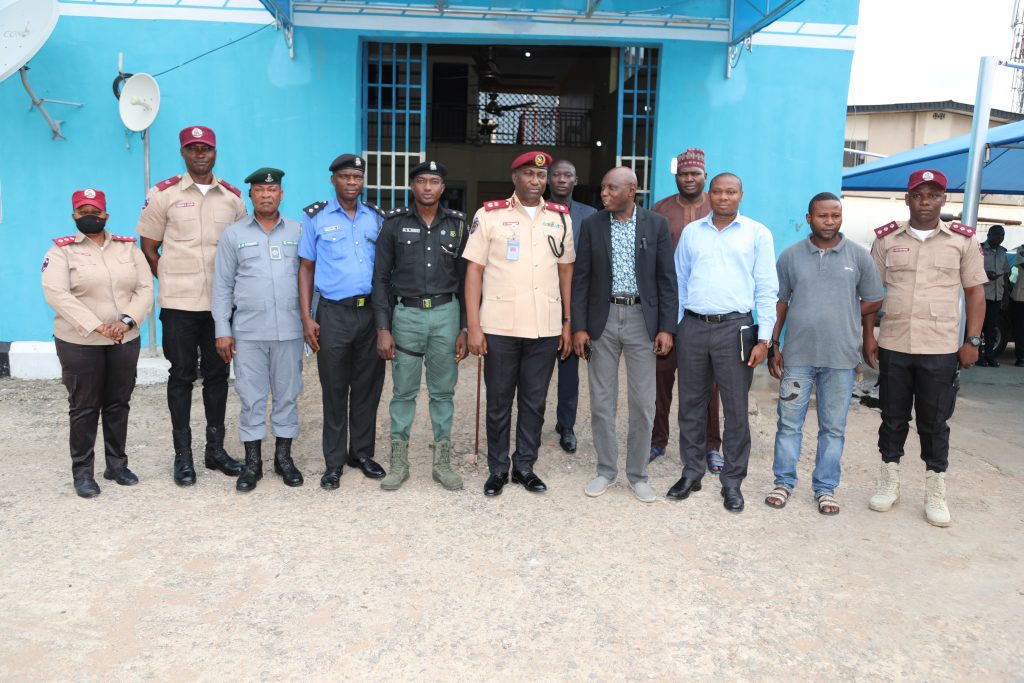 “Yes! The FRSC has been playing its role as mandated by the Acts establishing it, which is to create a safe motoring environment for Nigerians and it is very obvious, especially in the corridor of NPA.

“We have been there, we’ve worked with so many other agencies all in trying to ease the gridlock there; and having been a member of this team too, I know that we are still going to sustain it.

“Our men are ever ready to work and when it comes to issuing of compromises, you can be sure we have the best of hands, that I know that the team will not regret having them around!”, the Sector Commander noted further.

He however called attention to the lack of any credible holden bays, especially where contravened trucks could be kept, pending the rectification of their documents.