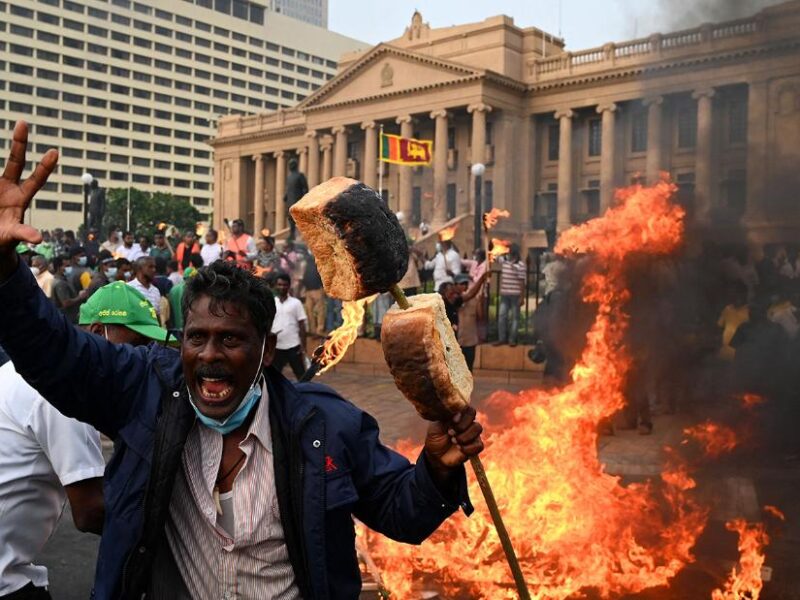 Protesters in Sri Lanka took to the streets on Tuesday as the country grappled with a fuel price hike and a shortage of petrol and diesel.

Protests have been launched in several towns blocking off public transport including train services and disrupting travel to schools and offices, a senior police officer said.

On Monday, the biggest fuel price hike was put in place, raising diesel prices by 64 per cent and petrol by 33 per cent per litre.

Protesters were also demonstrating outside the president’s office for the eleventh consecutive day.

The protesters are demanding the resignation of President Gotabaya Rajapaksa and Prime Minister Mahinda Rajapaksa, who is the president’s brother.

The economic crisis in Sri Lanka has meant a lack of U.S. dollars, which has affected imports.

Last week the country suspended the repayment of all foreign debts until further notice.

A Sri Lankan delegation, led by Finance Minister, Ali Sabry, is meeting with representatives of the International Monetary Fund (IMF) in Washington.