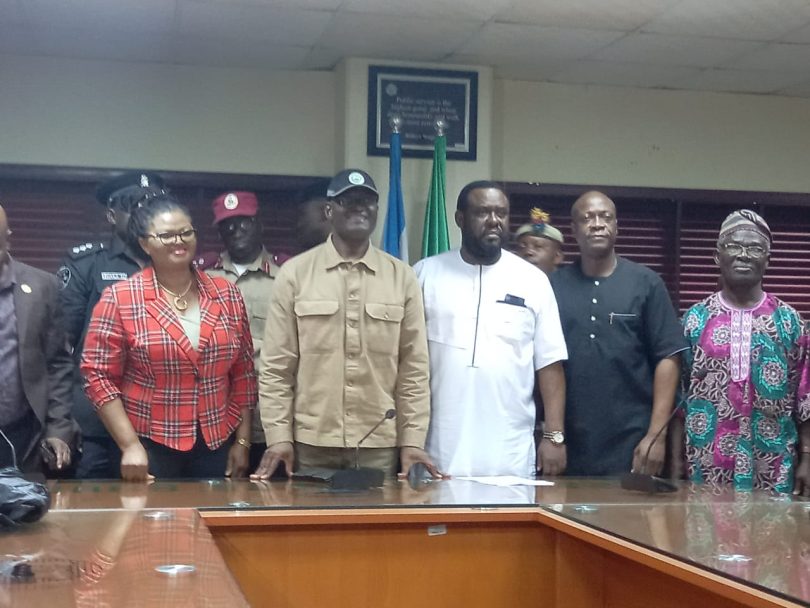 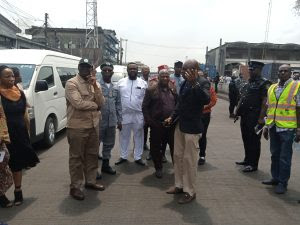 Second from left, Mr. Emmanuel Jime, Executive Secretary, NSC with the task team during the inspection of the port corridors.

The Executive Secretary and NSC Chief Executive Officer stated this during his inspection of the port corridors in Lagos, noting that the success recorded would enhance the ease of doing business.

He observed that the success was recorded along Apapa Tin Can to Coconut, Berger yard, Mile 2, Orile, and Ijora axis.

According to Jime, Apapa is fantastic and it is good they are starting on a positive note.

“The journey started three months ago where a lot of people were skeptical whether or not this was going to be successful, owing to the fact that other efforts in the past obviously failed woefully.

“The success can be attributed to collaboration among state actors, which shows that if there are groups of people that are committed and sincere to the execution of a mandate, anything can be done and that is what the task team has proven,” he said.

He noted that the next step was to see how they could translate the particular success recorded with the outbound to the inbound.

“The formula is clear, all stakeholders must be on board for us to succeed.

For the first time I can boldly say that this is one team that no one can compromise and that has always been the problem.

“Government will set up an agency with very good intentions, usually it’s the implementation that runs into trouble.

“Implementation has issues when there are lack of sincerity, honest and commitment and the greed most people bring to bear. 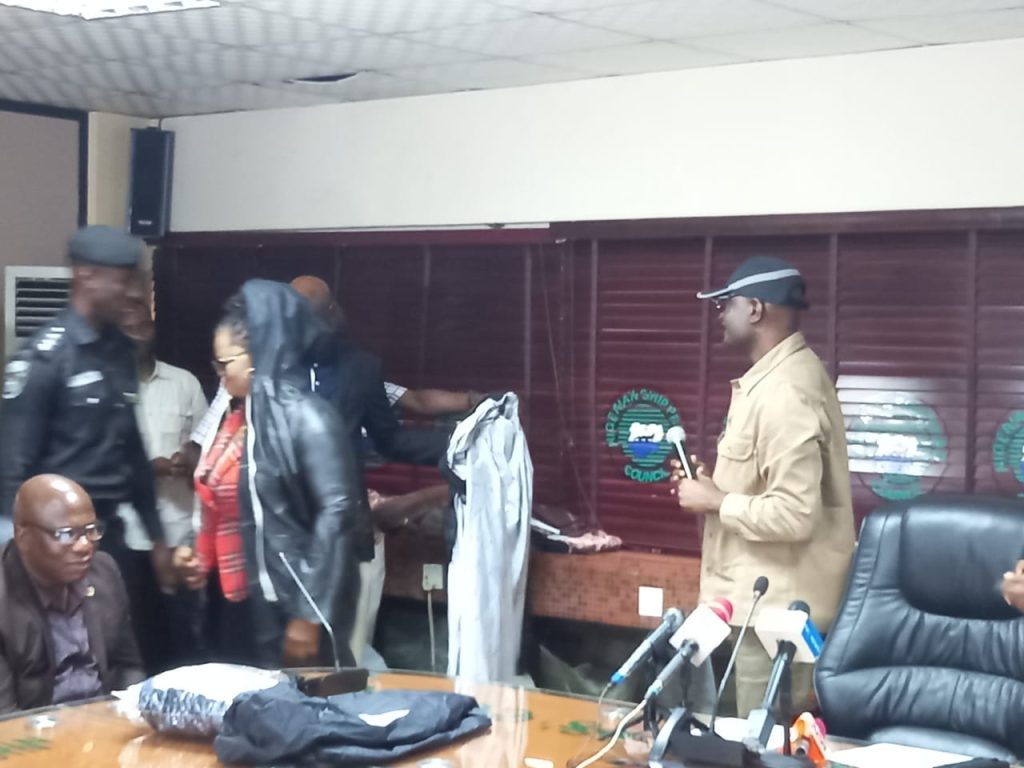 “People when they are given an opportunity of service especially at the public sphere, it becomes an opportunity to have a meal ticket for themselves and their families and this should not be so,” he said.

Jime also urged the Lagos State Government to deploy technology in collecting tolls to minimise conflicts on the port corridors.

Also, Mr Moses Fadipe, the National Coordinator PSTT, disclosed that going forward, any state actor caught for defaulting would be taken to appropriate authority for prosecution.

He said that the successes recorded was not without challenges such as attack on team members but were able to surmount them.

“As regards checkmating activities at night, we have our surveillance team on ground to give us happenings at night. At the stage we are, we are trying to collate these happenings. 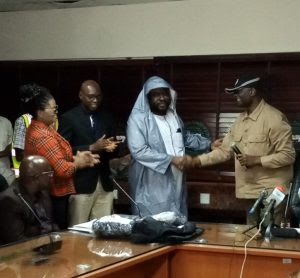 “In a short while we are going to commence targeted stink operations to remove those actors there.

All these things we see at night, there is a control measure, we are working on it,” he said.

Mr Olayinka Sakiru, Director in the Lagos State Ministry of Transportation, said that the state government was working to ensure that there were other means of collecting tolls rather than along the road.

“The success achieved is very noticeable, we appreciate the efforts of the port team and we will continue to collaborate to see that the corridor is free of traffic,” he said.

Ogungbemi urged the shippers council to look into the issue.

“Momentum is gathering, truckers want to withdraw their services because of anomalies faced on the port corridor. Our trucks are in bad shape, rickety and the money we need to repair the trucks are being taken by the non-state actors,” he said.