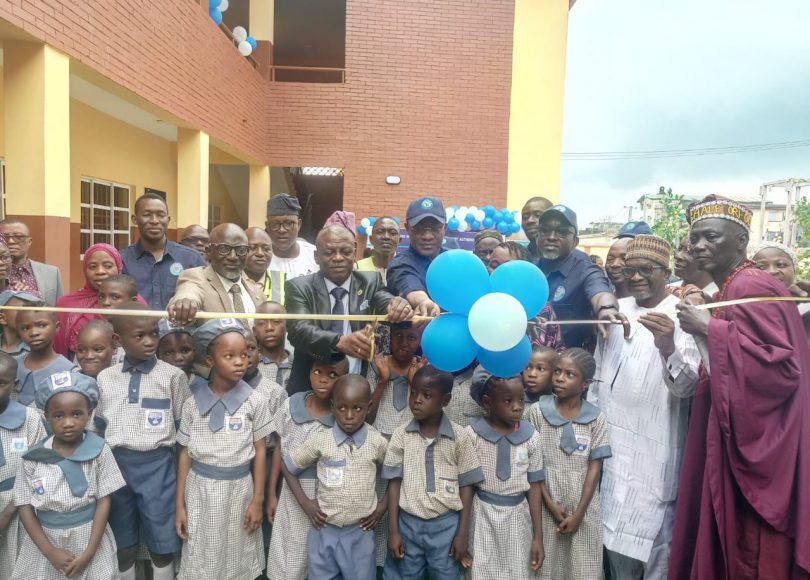 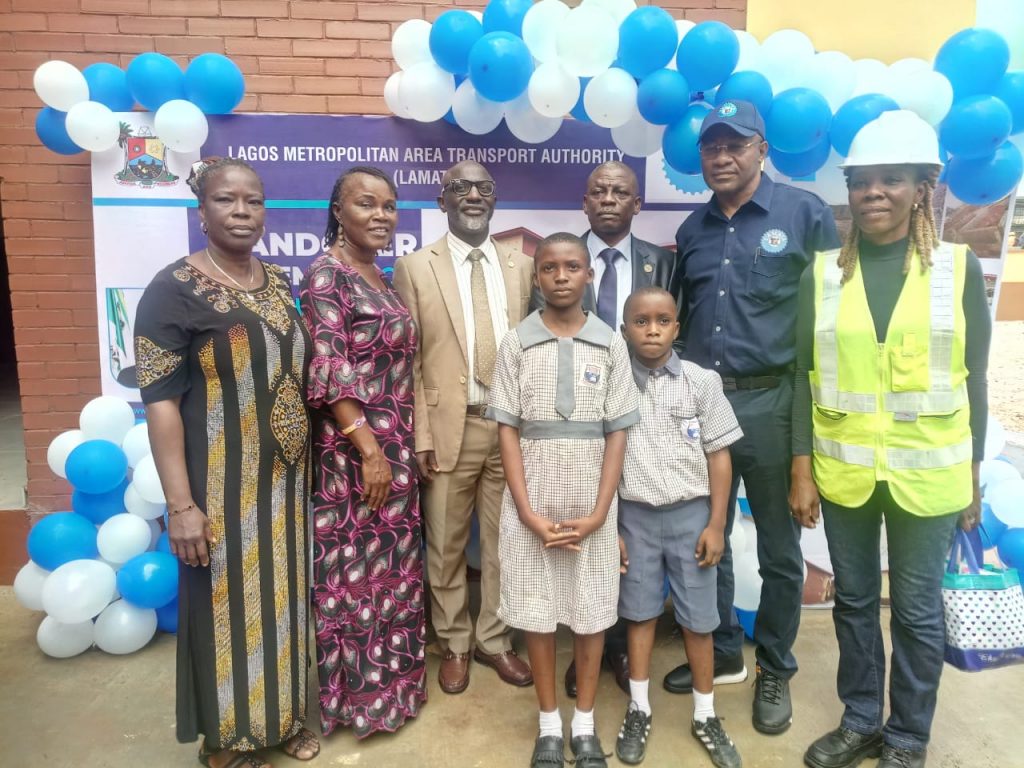 She said that the classrooms were built to accommodate over 350 pupils.

Akinajo said the projects that affected the school were the Mushin Train Station and the overpass.

According to her, the overpass would take traffic above the tracks and ensure non-vehicular interference with rail operations.

The Managing Director said in 2021, SUBEB was consulted on the rail project and how it would affect the Mushin Public Primary School.

She said: “As an advocate of city development, it welcomed the project and wholeheartedly supported our proposal to demolish the school and build another one at a new location.

“I hope that SUBEB would maintain this school, which has been built to specification and of world standard, for the education of our children in an atmosphere that would promote good teaching and great learning.

“This building has 12 classrooms, four staff rooms, 14 toilets and four stores. It has been provided with an overhead water tank, food court, new gatehouse, ample playing ground and parking space.

“The classrooms have been built to accommodate over 350 pupils.

“It is now my pleasure to hand over this building to SUBEB for the education of our children and to the benefit of our state.”

Akinajo said the agency knew how difficult if must have been for the board to come to accept that the school is demolished and the pupils distributed to other schools.

She apologized to the children and their parents because it had to put an additional burden on them.

She thanked the entire community for the support they had received so far on the project.

The LAMATA chief said the government appealed that they continue to support the rail project up to its completion.

She urged them to safeguard the infrastructure being provided for their community.

Akinajo said for any meaningful development to take place, they must all be ready to contribute their quota.

According to her, those who gave up their property for these two projects have done noble things in the quest for the development of public transport infrastructure. 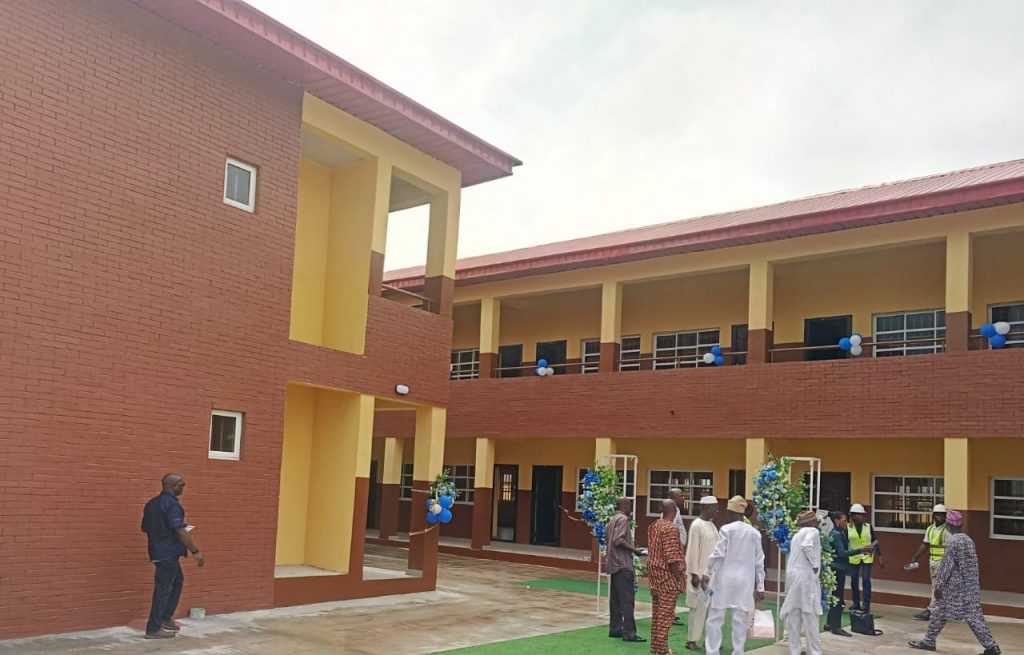 Akinajo said she saluted those affected for being part of the history of the development of this state.

She said that their contributions and sacrifices would not be in vain.

The Red Line is a 37-kilometre rail road from Agbado in Ogun State to Marina in Central Lagos.

The managing director noted that when fully developed, it would move more than one million passengers daily.

Akinajo said this was the reason the agency was currently working on the first phase of the rail line from Agbado to Oyingbo.

“The second phase will take it across the lagoon to Marina, already designated as an interchange where all modes of transport shall meet for seamless transfers to different parts of Lagos.

“The governor has given his word that the Red Line and indeed the first phase of the Blue line from Marina to Mile 2, would be ready for passenger operation by the first quarter of 2023.

“LAMATA as a planning, implementing and the regulatory agency is primed to make it happen,” she said.

Akinajo reiterated her commitment to ensuring that all civil infrastructure, rolling stocks and other things necessary for its smooth operation were ready before commissioning.

The SUBEB Chairman, Mr Wahab Alawiye-King, who was represented by its Board Secretary, Mr Lamidi Hakeem, commended the state government for providing another edifice for pupils to study. 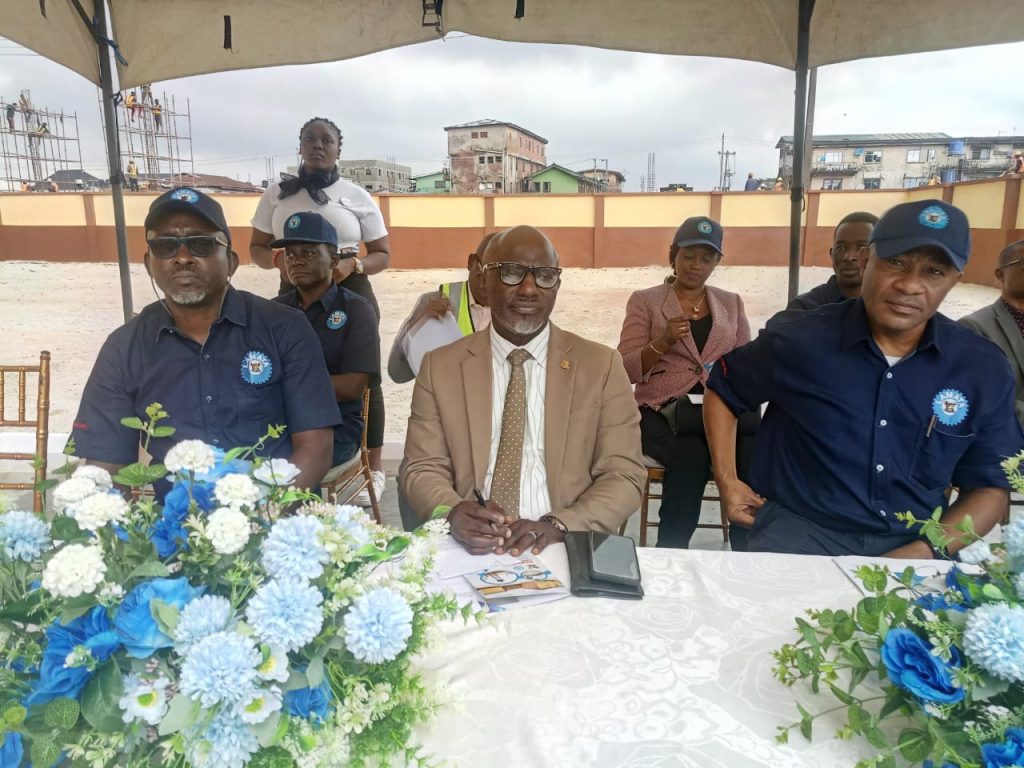 Alawiye-King appreciated the parents and the community leaders for approving the present school location which was handed over to the school management.

“We need to appreciate Gov. Babajide Sanwo-Olu, for being not just a sayer but also a doer.

” We also appreciate LAMATA for its commitment to be responsible, to maintain the school environment,” Alawiye-King said.

Also speaking at the handing over, the Permanent Secretary, Ministry of Education, Mr. Abayomi Abolaji, commended LAMATA for following what was laid down for the new edifice.

Abolaji said that the government was working towards ensuring that the state had a 21st-century look.

The Community Development Association Area Chairman, Adebimpe Ori-Odi (CDA), Mr. Idris Quadri, thanked the governor for giving their children another opportunity to continue their education in a conducive environment.

Quadri pleaded with the school management to maintain a high standard in terms of cleanliness and urged the parents to endeavour to bring their children to school.

Akinlude appreciated LAMATA for building a befitting edifice better than the specification agreed by the parents and community leaders.