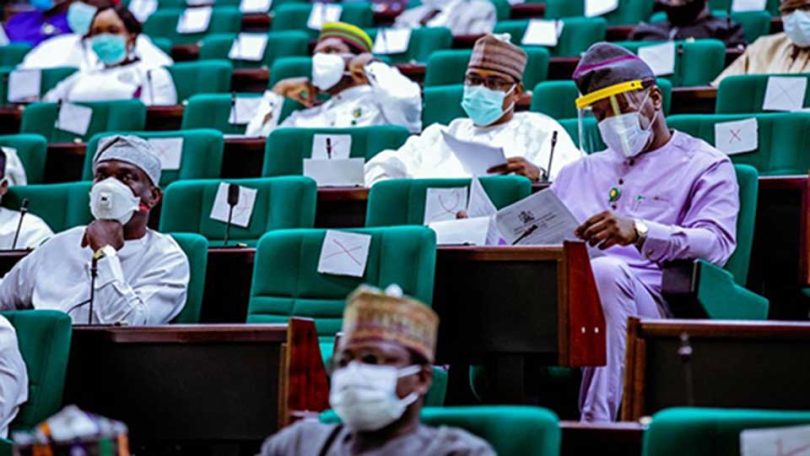 The House of Representatives has queried the management of First Bank of Nigeria over N94.345 billion revenue allegedly collected on behalf of Nigeria Customs Service (NCS).

The House also queried the management over allegations of breach of agreement on Cash on Transfer (CoT) charges to the tune of N28.3 million.

Rep. Oluwole Oke, the Chairman of, the House Committee on Public Accounts, queried the management during the investigative hearing into the audit queries issued by the office of the Auditor-General for the Federation (oAuGF)

The lawmaker acknowledged receipt of the amended report submitted by First Bank with respect to the additional sum of N9.4 million.

Oke said that the Bank was invited to respond to the oAuGF audit query that the NCS was over-charged by the banks in the area of CoT.

He said that presentations made by representatives of some banks including First Bank were found to be at variance with the agreement signed by NCS authorities.

According to the oAuGF’s query, First back in an MoU charged 30k and other commissions amounting to N1.3 billion, thereby raising the commission to N1 as against the 30k originally charged.

Mr. Shehu Aliyu, who led the First Bank Executive Director said that the Bank ought to collect 30k per N1,000 as stipulated in the Memorandum of Understanding (MoU) signed by both parties.

He said that in addition to the 30k charge, there was another charge of 10k for Interswitch, adding that the Bank had during the last public hearing, informed the Committee of its plan to tender a new report to reflect the new 10k charge.

He added that the net remittance on daily basis aggregated to N94.345 billion.

In another development, the International Organisation for Migration (IOM) says the Nigerians in Diaspora Commission (NiDCOM) under the Chairmanship of Mrs Abike Dabiri-Erewa is at the forefront of Nigerian Diaspora engagements globally.

Mr Frantz Celestin, the outgoing Chief of Mission for IOM, said this in a statement by Mr Gabriel Odu, Media, Public Relations and Protocols Unit of NiDCOM in Abuja.

According to Odu, Celestin said this when NIDCOM’s Management paid a solidarity visit led by the Secretary to the Commission, Dr Sule Bassi, who represented the chairman Dabiri-Erewa.

“Nigeria is a worthy country having the best of the best African Diaspora globally, adding that Nigerian immigrants in the United States alone have more Ph.D. degree holders than anywhere else.

“IOM is committed to pushing this frontally and encouraging them coming back home to push development,” Celestin said.

The IOM chief believed that after good years in Nigeria, he was ably qualified to tell the Nigerian story of strength and resilience in achieving target goals.

Earlier, Bassi commended the IOM chief for his exemplary leadership in helping NiDCOM take off immediately after its establishment with the publication of the National Diaspora Policy.

He added that it made Nigeria, the first to engage its Diaspora,  training of foundation staff and honouring all NiDCOM activities and engagements.

He also said that the IOM Chief had helped made NiDCOM a reference Agency at continental and global levels with countries like Ethiopia, Tanzania, Namibia and Turkey, embarking on a study tour of NIDCOM as a model.

The newsmen report that the IOM chief will be leaving Nigeria to Somalia after spending six years for further assignments.