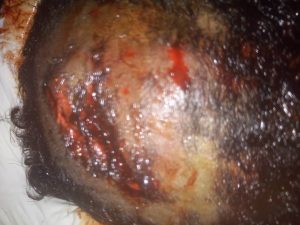 … As Don urges media to stop undue publicity for terrorism***

The Nigeria Security and Civil Defence Corps (NSCDC), said that a Fulani herdsman, Muhammadu Bello, nearly lost his life on November 3, as he was attacked by unknown cattle rustlers.

This is contained in a press release, signed by the Command Spokesman, Mr Babawale Afolabi, and made available to the newsmen in Ilorin on Thursday.

He said that the Rustlers caused multiple machete cuts on the victim and went away with 15 of his Cows.

“The badly injured and unconscious cattle rearer, Muhammadu Bello, was brought to the Oro Ago Divisional office by Miyetti Allah Vigilante Group, on Wednesday. 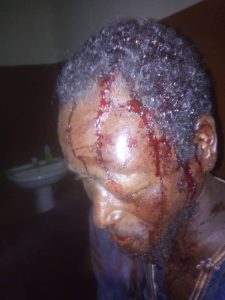 The spokesman said that the injured cattle rearer had been taken to hospital for proper medical treatment.

He said that operatives of the NSCDC, Miyetti Allah Vigilante and local hunters have launched a manhunt for the cattle rustlers.

In another development, Prof. Sunny Emmanuel Udeze, of the Department of Mass Communication at the Enugu State University of Science and Technology, has called on media practitioners across the country to stop giving undue publicity to activities of terrorists.

Udeze made the call during a lecture, titled, “Role of the Media in Countering Terrorism”, at a capacity-building training for Journalists from the South East Zone of the country on Thursday in Umuahia, Abia.

The training, with the theme, “Role of the Media in Combating Violent Extremism and Terrorism in Nigeria”, was organised by the Nigerian Press Council, in collaboration with Forte and Henz Limited.

Udeze said terrorism is an act of forcefully advancing a course or agenda that negates the fundamental rights and privileges of people in the world.

He explained that given publicity to activities of terrorist instigates them to continue to carry out their onslaught on citizens with a mentality that they are achieving their aims by instilling fears in the people.

“Terrorists want publicity so as to instill fear and force their ideas into the people, and as media report terrorist activities, they give them the publicity they want.

“It is, however, the right of the media to educate the public on happenings around the country, but they should focus more on reporting the root causes of terrorism, and possible solutions to end it.

“The media should stop giving terrorists undue wide publicity because that is what they want. But because of competition among media organisations, they want to be the first with the news, so they promote terrorist activities. We should not bring down our houses,” Udeze stressed.

The Don said the ways to remove the gas of terrorism are; to give proper information, engage in purpose-driven journalism, focus more on the causes of terrorism than their actions and pursue facts.

“We need to do our jobs with a high sense of responsibility. Fake news thrives because, people have lost confidence in the media and that is why we should cross-check our facts before putting them out to the public.

“Also, we should not succumb to external influence, because, such could take away the independence of the media. We should also have feelings for humanity with respect but not to compromise.

“The Media should be transparent, take responsibility and apologise if it commits some forms of professional misconduct or mistake,” Udeze said.

According to him, credible media is the way to go in fighting terrorism.

He reiterated that when the media focus their reportage on the causes of terrorism, people would start looking for solutions and the fear the terrorists want to instill in the people would not be there again.

“From another perspective, if the media continue to frequently report terrorism in our front and middle pages, the people would look at terrorism as the main issue, but if we report the causes of terrorism, the terrorists would lose relevance.

“The people in the media should promote media literacy, correct misconceptions, make the news go global by mentioning names, build confidence, focus on solution building, and be sure of the news sources.

“Urgency is not an excuse to publish or send out wrong or fake news. Don’t allow eye witnesses to interpret and analyze for the media. Victors and survival should be the focus of media coverage,” he said.

The Don said what is happening in social media should be the concern of the conventional media, adding that there is the absolute need to promote media literacy, because of the unprofessional conduct of citizen journalists and others in the social media.