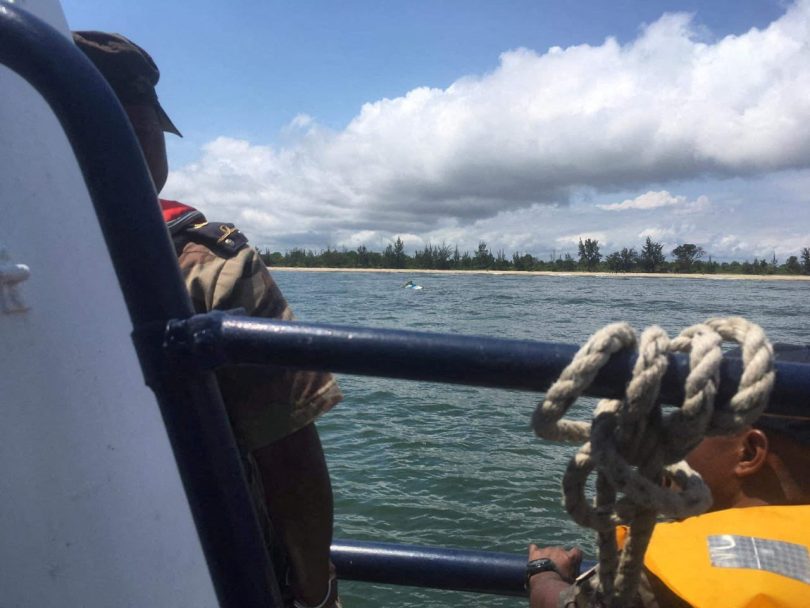 The search for five remaining missing passengers from the sinking of a cargo ship off the coast of northeastern Madagascar resumed on Thursday, following the rise in the death toll to 83, the maritime agency said.

The search for the five missing passengers was suspended on Wednesday due to bad weather, the maritime agency said.

The ship, which was not authorised to take passengers, was overloaded and water flooded the engine before it sank on Monday, said Mamy Randrianavony, director of operations at sea at the Maritime and River Port Agency (APMF).

One of the search helicopters carrying General Serge Gellé, who heads the national Gendarmerie, crashed at sea late on Monday.

Gellé was found alive on Tuesday morning after 13 hours, during which time he used the pilot’s seat as a float.

“Since I couldn’t fight the waves, I knew I wouldn’t make it to dry land. Yet I was very close.

“I arrived within 500 meters, but the waves sent me back because I was getting tired,” Gellé said in a video posted by the Gendarmerie.

“I thank heaven that there was a fisherman.

“But the fisherman’s canoe was too small. So he had to come back for a bigger canoe.

“So I stayed two more hours in the sea,” Gellé said from a hospital in the Madagascan capital.