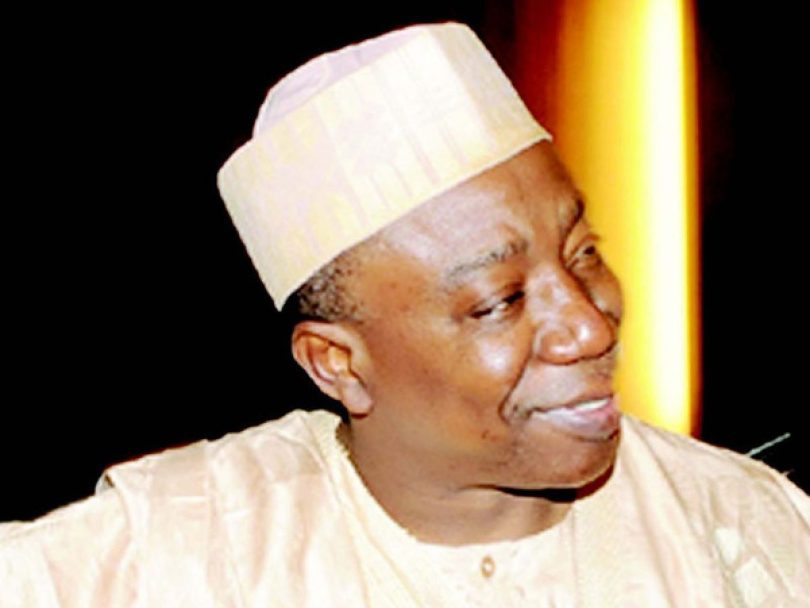 Declaring his defection in Birnin Kebbi, the Kebbi State capital, Aliero said his decision was informed by his effort to fulfill the desire of his teeming supporters spread across the state.

The newsmen report that Aliero is a two-term governor of Kebbi State, Minister of the Federal Capital Territory (FCT) and a serving member of the red chamber.

The lawmaker said: “I, Muhammadu Adamu Aliero, people of my constituency, that is Kebbi Central and my teeming supporters from across Kebbi State have resolved to defect from APC to PDP due to the injustices we endured in our former party, APC.

“Those in support of my political ideology were deceived and treated unjustly, hence the need for us to leave the party for another political party where we feel we shall be accommodated and treated justly.”

According to him, before arriving at a conclusion of leaving the party, he made several efforts to resolve the issue including complaining to the national headquarters of the party but in spite of the intervention of party officials, nothing positive came out of it.

He, therefore, appealed to all his supporters in Kebbi Central Senatorial District as well as other loyalists across the state to vote for PDP to ensure its victory at all levels.

In another development, the United Kingdom Chapter of the All Progressives Congress (APC), on Thursday urged Sen. Bola Tinubu, the presidential candidate of the party, to be magnanimous in victory.

Tinubu who contested the party’s presidential ticket with 13 other aspirants, got a total of 1,271 votes at the election to emerge APC Presidential Candidate.

“We, however, implore Tinubu to be magnanimous in victory as everyone is needed in ensuring the victory of the party in the 2023 General Elections,” he said.

He advised Tinubu to use the opportunity and unite the party, and also ensure that all groups and individuals were carried along as the campaign for the general elections drew closer.

Ogunseye congratulated Tinubu for winning the party’s ticket; and also commended the APC leadership for the success of the primary, describing it as rancor-free, fair and transparent.

He assured Nigerians that with Tinubu as president, a better and greater future was guaranteed for all Nigerians irrespective of religion, ethnicity and political affiliations.

Ogunseye said that Tinubu had been tested and trusted as a former two-term governor of Lagos State, and that his records and achievements remained unmatched.

“From housing, economy and other sectors in the state, his administration fired on all cylinders, leaving no stone unturned.

Ogunseye therefore, said that Tinubu would do much more as the country’s president.

He further explained that Tinubu’s antecedence and popularity across the country gave him the victory not money.

“Politics is much more than just money.

It is about having influence, alliance, structure, and impacting people’s lives positively, Tinubu had all of this working for him, as he invested in people.

“He may not be a perfect human being as a mortal, but his legacies in Lagos State are there for all to see, and that is what successive governments in the state had been consolidating on.

“He has vast knowledge in economic management and a perfect understanding of Nigeria’s political economy, his leadership and excellent footprints in Lagos State as governor remain unmatched.