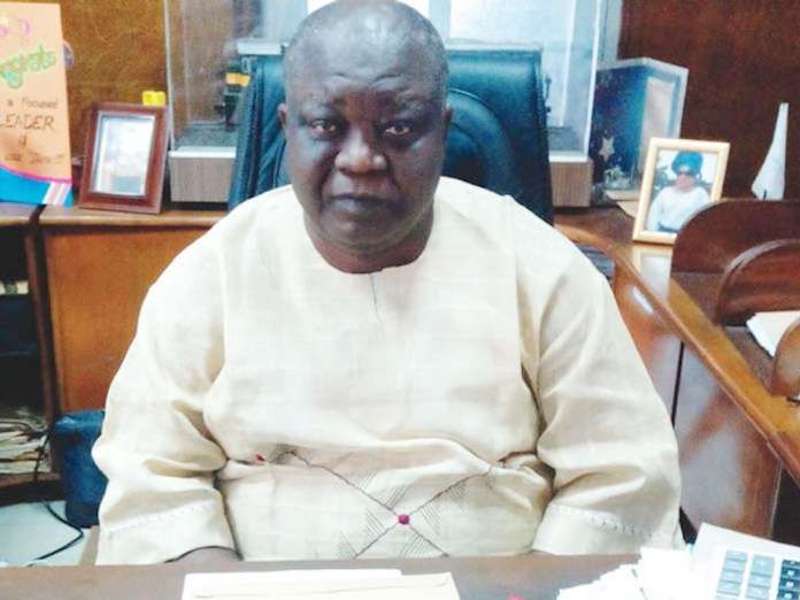 The Nigerian Railway Corporation (NRC) has confirmed the safety of about 170 passengers that were onboard the attacked AK9 Abuja to Kaduna train on March 28.

Mr Fidet Okhiria, the NRCs Managing Director, said in a statement on Saturday that the corporation was however collaborating with relevant authorities to ensure the safety of the other passengers.

”The Corporation, in continuation of its concerted effort through repeated calls, has been able to confirm the safety of 170 passengers, while 21 passengers are reported missing by the relatives who made calls to us.

”The corporation is seriously collaborating with the security agencies who had already swung into action, in line with the directive of Mr. President to do everything possible to rescue all those that are still missing,” he said.

Okhiria stated that the corporation had also heavily moved human and material resources to the accident site to ensure the resumption of train services without further delays.

He said the move was to reduce the stress currently faced by its passengers in getting to their destinations.

He said:’ ‘In practical terms, a high-powered restoration team, led by Directors have been working round the clock to re-rail the coaches affected by the bomb blast.

”There is a coordinated two-pronged simultaneous restoration approach.

While Loco 2702 with re-railment and restoration materials departed Idu Station, Abuja, to the bomb blast site.

”Another team with Loco 2502 departed Rigasa Station, Kaduna, with re-railment and restoration materials to the same site.

”Restoration of track for the full resumption of normal train services will continue today, 2nd April 2022.”

On safety, the NRC boss said arrangements had been put in place for increased security along the track and onboard the train to prevent the recurrence of the unfortunate incident.

He consoled families of victims of the attack, saying ”be assured that the corporation is with you in this challenging time”.

The newsmen recall that on March 28, suspected bandits attacked the last evening train, AK9 on the Abuja–Kaduna train service with explosives.

This led to the death of some passengers and the destruction of the train and track.

Due to the level of damage on the track and in honour of those that lost their lives, the corporation suspended train operations on the affected route.

Thus, the total seat capacity of the train is 840 seats.

The Train Manifest contained 362 validated passengers aboard the train.

In the same vein, the Nigerian Railway Corporation (NRC), has confirmed the safety of 170 passengers aboard the Abuja-Kaduna train attacked by terrorists last Monday while 21 others were still missing.

NRC’s Managing Director, Mr Fidet Okhiria, said this in a statement on Sunday in Lagos while giving an update on the incident, which occurred on March 28, at the Kateri-Rijana area of Kaduna State.

He said that seven coaches have been recovered while the Corporation had intensified efforts towards restoration of the services.

Okhiria said that the Corporation in collaboration with security agencies would leave no stone unturned in their efforts at rescuing the missing persons.

“From the last release, we confirmed that four  Coaches (SP 00004, SP00009, SP00012 and SP00013) out of the 11 Coaches involved in the incident have been re-railed and safely moved to Rigasa Station while work is ongoing on track repairs.

“We did also stated that 170 of the passengers on board the train are safe while 21 other passengers are reported missing.

“At the end of work on Saturday evening (02/04/2022) the NRC’s restoration team has further rerailed four more Coaches and two of the coaches (SP 00007 and SP 00013) had been safely moved to Idu and Rigasa Stations respectively.

“The other two coaches are still at the site due to damaged tracks.

This brings the total coaches so far rerailed to 7, but only 5 successfully moved to the stations.

“However, efforts are on to link the track, at the moment, a total of 80 meters of the affected section has been fixed including replacement of affected sleepers and twisted rails,” Okhiria said.

He said the Corporation deeply condoles with those who lost loved ones and prays for the repose of their souls.

He said that the management equally sympathized with the injured passengers and indeed everyone on board the AK9 train of Monday 28, for the trauma this unfortunate incident had caused them.

Okhiria expressed sincere gratitude to the security agencies, Nigerian Army, Nigerian Air Force, Police, and NSCDC among others for their support and cooperation.

He thanked the Inspector General of Police (IGP), Mr Baba Alkali, for support and visit to the accident site, adding that the visit boosted their morales.

The NRC boss assured the readiness of the Corporation to update Nigerians on the development to prevent misleading information and falsehood.