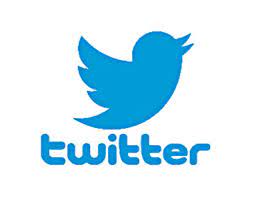 Mr. Kashifu Inuwa, the Director-General of the National Information Technology Development Agency (NITDA), announced this in a statement in Abuja on Wednesday.

The suspension, according to the statement, takes effect from 12 am on Thursday.

The suspension of Twitter operations in the country took effect from June 5, 2021, due to issues bordering on national security and cohesion as well as the effects of the abuse of the platform.

The suspension of the social media platform was followed by the constitution of a seven-man Presidential Committee to engage with Twitter.

A 20-member Technical Committee comprising all relevant agencies was constituted.

The committee and Twitter consequently agreed that there should be legal registration of the operations, taxation as well as management of prohibited publications in line with Nigerian laws.

Inuwa, who is also the Chairman of the Technical Committee on Nigeria-Twitter Engagement, said:

“Twitter has committed to establishing a legal entity in Nigeria during the first quarter of 2022.

“The legal entity will register with the Corporate Affairs Commission.

”The establishment of the entity is Twitter’s first step in demonstrating its long-term commitment to Nigeria.

“Twitter has agreed to appoint a designated country representative to interface with Nigerian authorities.

“Twitter has agreed to comply with applicable tax obligations on its operations under Nigerian law.”

Inuwa also said that Twitter had agreed to act with a respectful acknowledgment of Nigerian laws as well as the national culture and history on which such legislation had been built.

He added that Twitter agreed to work with the Federal Government and the broader industry to develop a Code of Conduct in line with global best practices applicable in almost all developed countries.

“Therefore, the FGN lifts the suspension of the Twitter operations in Nigeria from midnight of 13th January 2022,” the statement quoted Inuwa as saying.

He encouraged users of the platform to maintain ethical behaviour and refrain from promoting divisive, dangerous, and distasteful information on the platform.

“Considering Twitter’s influence on our democracy, our economy and the very fabric of our corporate existence as a nation, our priority is to adapt, not ban Twitter.

“The FGN is committed to working with Twitter to do anything possible to help Nigerians align and navigate Twitter algorithmic design to realise its potentials while avoiding its perils,” Inuwa said.

He said that in the period of the negotiations, the Federal Government had discovered better ways of navigating the platform.