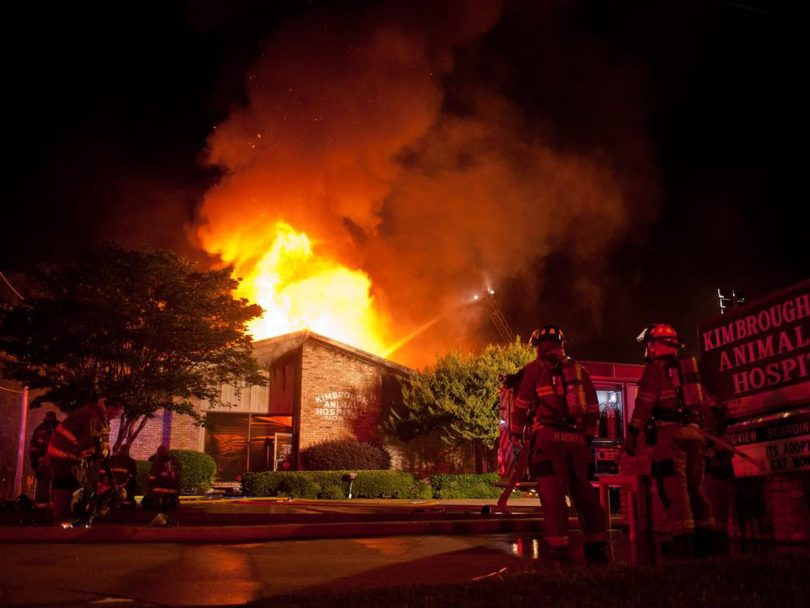 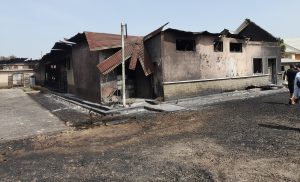 A section of the veterinary teaching hospital was destroyed by fire

A midnight fire has razed down part of the University of Jos Veterinary Teaching Hospital, located around Polo,k in Jos North Local Government Area of Plateau.

The fire was a result of a petrol tanker carrying Premium Motor Spirit (PMS), that lost control and crashed into the hospital premises.

A correspondent of the newsmen who visited the scene, reports that a filling station, shops, and other structures located close to the hospital were equally affected by the fire.

Speaking to newsmen at the scene, the Vice-Chancellor of the university, Prof. Tanko Ishaya, described the incident as a “’ colossal loss” to the institution.

Ishaya, who was represented by Dr Thamaus Adigun, the Librarian of the university, said that the items destroyed were worth millions.

”We have one of the best veterinary teaching hospitals in the country, and this is a huge lost to the university and the nation in general.

‘“The buildings and equipment that are destroyed by this fire are worth millions; it is huge.

“So, we are appealing to the federal and state governments, to urgently come to our aid in order to make the hospital functional soon,” he appealed,

On her part, Prof. Lami Longbim, the Dean of, the Faculty of Veterinary Medicine of the university, said the incident occurred at midnight on Thursday.

Longbim listed some of the buildings affected by the fire to include the public health laboratory and all its equipment, the Intensive Care Unit (ICU), treatment rooms, parasitology laboratory,  all consulting rooms, pharmacy, and security post, among others.

Similarly, Mr Eugene Nyelong, the North-Central Coordinator of the National Emergency Management Agency (NEMA), said that the driver of the truck died in the accident, while his assistant was severely injured and currently receiving treatment at the hospital.