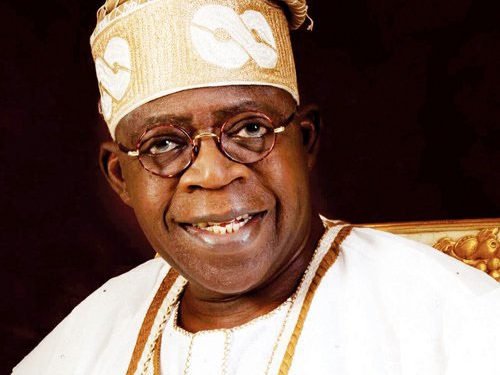 National Leader of the ruling All Progressives Congress (APC), Sen. Bola Tinubu, has denied distributing bags of rice in some states in the northern part of the country.

Tinubu stated this in a statement made available to the newsmen and signed by his Media Aide, Mr Tunde Rahman, in Lagos.

Newsmen report that a viral video of images depicting the face of the APC leader on bags of rice was recently being circulated on some social media platforms.

“We have seen the images being circulated of bags of rice depicting Asiwaju’s face being distributed across parts of the North,” Tinubu said.

The former governor of Lagos said he was not responsible for this initiative.

He, however, commended the efforts of the various groups for their benevolence.

In another development,  Hajiya Silifat Sule, Wife of Nasarawa State Governor, has called for proper nutrition for pregnant women and nursing mothers in the state.

Mrs Sule made the call in Lafia on Thursday while speaking at a one-day, high-level advocacy and policy dialogue on the nutrition situation in Nasarawa State.

Represented by Hajiya Zainab Aliyu-Ubandoma, Wife of the Secretary to Nasarawa State Government, she urged pregnant women and nursing mothers not to treat the issue of nutrition with levity.

She said that proper nutrition for pregnant women and nursing mothers had positive effect on them and their babies.

The governor’s wife commended nutrition and family health experts in the state for their efforts in the crusade for proper nutrition among nursing and pregnant mothers.

“You are doing well to make our people to understand the essence of proper nutrition, I am particularly concerned about this because babies depend on good nutrition to develop.

“Infant mortality rate will reduce if pregnant women and nursing mothers understood the essence of nutrition and practiced it.

“ Malnutrition is a major cause of infant mortality, exclusive breastfeeding and balanced diet will make pregnant women, mothers and their babies healthy,” she said.

Earlier, Mr Haruna Ogbole, the Commissioner for Finance, described the meeting as well-intended, saying, “ it is geared towards improving nutrition security”.

Represented by the Permanent Secretary, Mr Emmanuel Alizi, Ogbole said the outcome of the meeting would reduce malnutrition if well applied.

He commended the Civil Society Scaling-Up Nutrition in Nigeria (CS-SUNN) for organising the programme.

“You have provided a befitting platform for stakeholders to interface towards tackling the challenge of malnutrition and its associated dangers,” he said.

Mrs Mercy Asso, CS-SUNN Coordinator in Nasarawa state, called for improved funding for nutrition in ministries, departments and agencies in the state.

She also called for improved coordination of nutrition intervention programmes to avoid duplication of efforts and wastage of resources.

The newsmen report that the meeting, organised by CS-SUNN in partnership with the Nasarawa State government, brought together multi-sectoral stakeholders on nutrition.