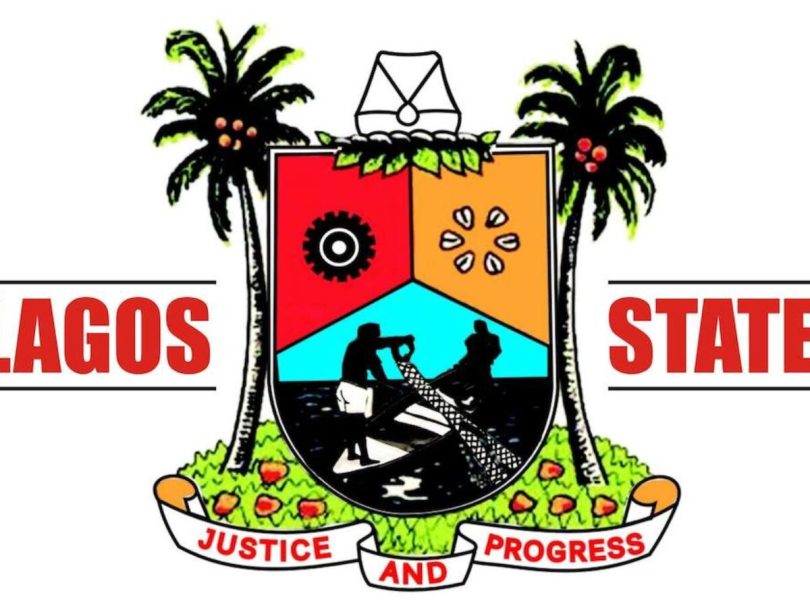 No fewer than 10,000 retirees are been owed their pension rights in Lagos State, Mr Babalola Obilana, Director-General, Lagos Pension Commission (LASPEC), has said.

Obilana said the commission also had about N10 billion to pay as outstanding accumulated debts for pensioners in the state.

He disclosed this in an interview with the newsmen on the sidelines of the 95th Retirement Benefit Bond Certificates Presentation For Retirees in Lagos on Saturday.

Obilana stated that the outstanding pension would be settled before the end of the first tenure of Gov. Babajide Sanwo-Olu in May 2023 as promised by the governor.

Recall that the state government paid more than N1.5 billion to 487 retirees for the month of June on Friday.

Obilana said that with the latest payment, pension benefits for retirees of the year 2020 had been settled and the state government would proceed to start paying retirees for the year 2021 by July.

On the free transportation and healthcare promised by the state government for its retirees above 60 years, Obilana said that the government was firming up agreements that would lead to the implementation.

Newsmen report that the state government had since 2020 proposed free transportation and healthcare for its elder statesmen.

The Director-General said that the welfare packages were yet to be implemented due to several processes required for negotiations and agreement with relevant transportation agencies that would facilitate it.

” We are seeing light at the end of the tunnel and very soon we will start with the free transportation for the retirees and subsequently we will start the free healthcare too.

“The commissioner for establishments is working day and night to ensure that we begin the implementation of these packages.

“Before the end of the third quarter of the year, we should be in the position to start, at least with the free transportation and then proceed to the free medical,” he said.

Also, the Lagos State Commissioner for Establishments, Training and Pensions, Mrs Ajibola Ponnle said the government had paid over N42 billion as accrued pension rights to 11,349 retirees from 2019 till date.

According to her, the amount paid to the retirees is for their past service benefits prior to the commencement of the Contributory Pension Scheme (CPS) in 2007.

Recall that a recent release by the National Pension  Commission (PenCom) on the status of implementation of the CPS by States indicated that Lagos state is leading the pack in the Nigerian pension Industry.

In another development, the Lagos State Government has paid over N1.5 billion in accrued pensions rights to 487 retirees for the month of July.

Obilana said that although Lagos state had implemented the Contributory Pension Scheme (CPS) since its inception in line with the provisions of the Lagos State Pension Reform Law of March 19, it remained committed to officers under the Defined Benefit Scheme.

“The administration of Gov. Babajide Sanwo-Olu, just like his predecessors, is committed to the wellbeing of the state’s workforce.

L-R: Director General, LASPEC flanked by the Executive Director, Finance and Investment, LASPEC presenting a bond certificate to a retiree at the 95th Batch Retirement Benefit Bond Certificates Presentation on Friday in Lagos.

“This administration has consistently prioritised pension contributions in the annual state budget and we are happy to note that Lagos state is fully compliant with the statutory requirements of the CPS.

“Lagos state is a high flyer and has received several awards for exceptional performance in the payment of retirement obligations,” he said.

According to him, the recent release of the status of implementation of the CPS by the National Pension Commission (PenCom) which indicated that Lagos is leading the pack in the Nigerian pension industry is a testament to the state’s performance.

He thanked the elder statesmen for their labour and sacrifice while in public service. 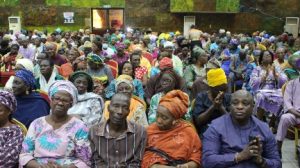 Cross section of retirees at the ceremony

Obilana assured the retirees of the state’s commitment to ensure payment of the outstanding pension liabilities.

He said: “Please be assured of our commitment to the eradication of outstanding pension liabilities in our dear state.

“LASPEC is fervently working toward the immediate payment of pension entitlements at retirement from the public service.

“We are constantly reviewing our business processes to ensure optimal service delivery to our retirees.

Obilana advised the retirees to be wary of various individuals and associations fraudulently parading as agents of the commission with claims to fast track the payment of retirement benefits at a fee.

“Please note that the LASPEC is the only entity officially endorsed by the state government to process the payment of retirement benefits.

“Also note that no officer in LASPEC will ask you for money to process your payments,” he said.

The director-general also urged the pensioners to be careful of transferring their RSAs to Pension Fund Administrators (PFAs) not regulated by the state government.

According to him, LASPEC has limited control over these institutions and will be unable to mediate if unfavourable situations arise.

In her address, the Lagos State Commissioner for Establishments, Training and Pensions, Mrs Ajibola Ponnle, said that the state government had paid over N42 billion as accrued pension rights to 11,349 retirees from 2019 till date.

Ponnle represented by the Permanent Secretary of the Ministry, Mrs Bamidele Fadipe, said that the retirees were workers in the Mainstream, Local Government, State Universal Basic Board (SUBEB), Teaching Service Commission (TESCOM) and other parastatals of the state government.

She said that prompt payment of pension obligations under the Defined Benefits and the Contributory Pension Schemes would remain the state’s priority to enable retirees to access their RSAs without delay.

“We frequently assess our policies to maintain our role as the leader in the payment of pension benefits in Nigeria.

“Presently, we are working on various reforms that would have a significant impact on the welfare of retirees in the state,” she said.