The Federal Road Safety Corps (FRSC) said a father of 30 children was killed on Monday when a tipper rammed his motorcycle in Kogi.

“The man, Abdulsalam Ibrahim, a 60-year-old commercial motorcyclist, and his passenger were killed by the tipper truck at Ganaja Junction in Lokoja.

“The incident was tragic and very unfortunate,” he said.

He regretted that the accident cut short the life of the breadwinner of 30 children.

“The accident was a case of hit and run because, by the time we responded to the distress call to the area immediately it happened, the driver and the tipper were nowhere to be found.

“Eyewitnesses told us that immediately after the accident happened, the tipper driver zoomed off leaving the victims’ mangled bodies on the road for sympathizers, ” he said.

He said that officers deposited the corpse of a man at the Morgue of Federal Medical Centre, Lokoja, while that of the passenger was at Ankuri hospital morgue, Lokoja.

He also advised motorcyclists to always put on their helmets to avoid head injuries.

Also speaking on the accident, Malam Musa Baba-Aliyu, Chairman, of the Kogi Motorcycle Riders’ Association, said that the deceased rider was an indigene of Katsina and a bonifide member of the union.

Baba-Aliyu said that Ibrahim was trying to avoid hitting a commercial tricycle (Keke-NAPEP) heading towards him from the opposite direction when the sad incident happened.

In another development, the Small and Medium Enterprises Development Agency of Nigeria (SMEDAN) has commenced the empowerment of 150 farmers in Lagos on dynamic ways to attract customers to shore up profitability across the agricultural value chain.

The newsmen report that the five-day sensitization programme by the agency was themed: Agric-Business Development and Empowerment Programme (ADEP).

He said that SMEDAN had collaborated with the Lagos State Government Ministry of Commerce, Industry and Cooperative and Ministry of Agriculture which gave them 18 groups of cooperatives.

He added that the agency was working to provide equipment based on their requirements to improve their operations.

“This training was fashioned out by the agency and it aims to build capacity, after which participants would be equipped.

“There are four components of ADEP such as selection, sensitization, capacity building, and distribution of equipment. 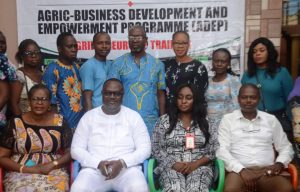 “The ADEP programme is to provide functional knowledge, and skills on how to operate and start an existing agricultural value chain cooperative.

“We are coming back to engage them on business service development to find out how impactful the sensitization was,” he said.

The Head of Business Development, Zetamind Consulting Limited, Mr. Okechukwu Anidebe, stressed the need for farmers to embrace innovation and technology to better manage their operations.

Anidebe said that there was a need for farmers to adopt the use of Microsoft software services tailored to add value to the various agricultural value chain. 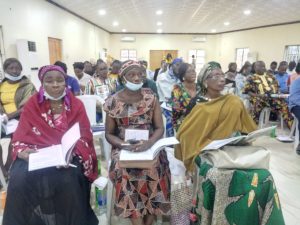 He added that finance was the backbone of any business and urged them to keep proper records of their operations to enable them to qualify during future evaluations of their performance.

A farmer, Mr Kola Ositimehin, said that the training afforded him the opportunity to better understand the importance of record keeping of seeds, species, and other things which would help in the calculation of profit and losses.

An aquaculturist with 10 years of experience, Mr Wale Ogunsanwo, called for more enlightenment to enable them to improve their operations and attract the foreign market.

Another aquaculturist, Mrs Ifedolapo Fajimi, lauded the agency for its efforts in inculcating social media and technology skills to enable them do their farming more properly and build more networks for customers.