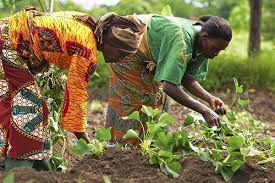 Participants noted that there is need to tap the potential of the women farmers.

”Smallholder women farmers have continued to be left behind in the discussion, planning, and implementation of the agricultural budget, despite their huge role in agricultural production.

”There is need to bring more smallholder women farmers to the front of the budget planning discussion at state levels.

“Women need to be brought side by side with their male counterparts in the discussion and planning of the agricultural budget and its implementation.

“The 2022 and subsequent years’ agriculture budget should be gender sensitive and responsive by providing line items for the implementation of the State Gender Policy in Agriculture.

“This addresses specific challenges that affect women farmers different from men as well as avoid lumping up the budget for women farmers and other groups such as youths,” they stressed.

Specifically, participants said for the 2022 and subsequent years, agriculture budgeting and other policy making processes must involved women smallholder farmers.

”Leaders of women farmers and other smallholder farmers, vulnerable groups such as farmers living with disabilities, and CSOs should be invited to every stage of the budget.

“As a matter of principle, the 2022 budget for agriculture and rural development should be in conformity with the State Strategic Development  Plan 2021-2025,” they said.

“Such a plan will highlight the commitment of the states, Public-Private Partnership (PPP) windows and their alignment to the state economic policy and development plans.

“In the light of late budget releases, Ministries and agencies need to itemise their priorities and give a proper timeline that synchronises with farmers and farming seasons” they said.

In another development, the Food and Agriculture Organisation (FAO) of  United Nations (UN), through the Emergency Centre for Trans-boundary Animal Diseases (ECTAD) programme, has trained 30 veterinarians to curb animal diseases in Nigeria.

Dr Ayodele Majekodunmi, the National Project Coordinator, FAO ECTAD, said on Wednesday in Abuja that the training’s main goal was to give more opportunities to field veterinarians who are on the frontline.

“They now have the opportunity to prevent and report animal diseases in Nigeria.”

She said the training was expected to improve surveillance, as well as reports on animal and zoonotic diseases across the country to avoid the negative social and economic aspects of these diseases.

“There are 30 veterinarians trained from across 26 states of the country and they are all public veterinarians who work for the state governments.

“We envisaged that at the end of their training, the state veterinary services across the country would have an improved capacity to do disease surveillance within their territories,’’ Majekodunmi added.

She disclosed that FAO ECTAD organised the training in collaboration with various partners, such as the Chief Veterinary Officer of Nigeria at the Federal Ministry of Agriculture and Rural Development.

“We have also been supported by the African Field Epidemiology Network (AFENET), the United States Agency for International Development (USAID) who provided the majority of the funding for this programme.

“Furthermore, we have been supported by the regulatory bodies, such as the Veterinary Council of Nigeria and the National Veterinary Medical Association,’’ Majekodunmi said.

The newsmen report that the training was organised as part of FAO’s technical support to Nigeria to curb emerging animal diseases.

The training empowered the veterinarians with the capacity and skills for detecting and controlling emerging and trans-boundary animal diseases in the country.